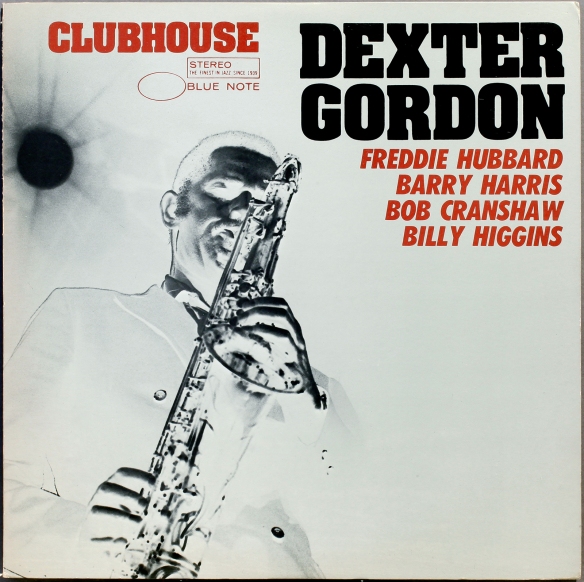 Recorded shortly after Dexter’s masterful “Our man in Paris”, “One Flight Up” and “Getting Around” Blue Note perhaps feared it would saturate the market with Dexter – though that never stopped them with Jimmy Smith. Languishing in the Blue Note vaults for a further decade and a half, found by Michael Cuscuna, these recordings were released to adoring Japanese fans in a Japan-only release “Clubhouse” by the superlative faultless quality pressing of the King Record Company, Tokyo in 1979.

Impeccable line up featuring strong performances from Freddie Hubbard and Barry Harris. Dexter’s liquid gold tenor never sounded more surefooted and sensuous. I don’t know what he thought of future directions for jazz, but it doesn’t look like he picked up on “free”,  and his move to Europe prompts the thought that he felt more appreciated doing what he was doing in Paris and Stockholm than in New York. Taste and try and see if you don’t agree (Warning! Does not contain nuts!):

The choice of 47 West 63rd Blue Note label is an anomaly. Recorded in 1965, it would have been released on NY labels, or possibly even Division of Liberty. The Japanese are usually sticklers for accuracy, but apparently not this time. The cover is of course an inverted photograph, in the manner of the cover of Jackie McLean’s Action. For fun, the inverted image is seen in its original form, right.