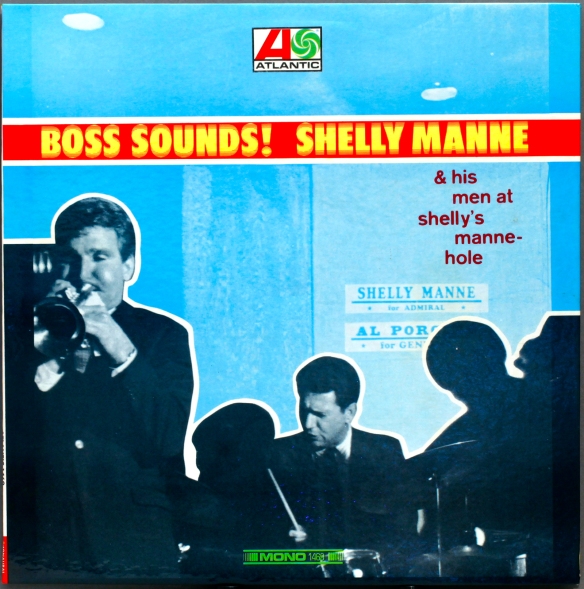 A nice quality recording and good listening West Coast  jazz with the odd hat-tip to New York, from where Shelly hailed originally. The opening track Margie has shades of Andrew Hill’s Point of Departure in its angular theme. Described  by a reviewer as “A cool and eloquent quartet set with lots of expressive detail” I couldn’t have put it better myself. Manne recorded prolifically, and there is probably generally too much West Coast Jazz around of only average quality  to be worth pursuing further, apart from a few selected artists like Lee Konitz and Art Pepper.

According to the liner notes Shelly was quite well off courtesy of all the work Hollywood put his way: Peter Gunn, Daktari, and various soundtracks for TV and Film. But his love was playing jazz, and the Manne Hole was his own club, where he could play to his hearts’ content, as he was the boss. Hence the album title “Boss Sounds!”

First up, about that cover. Who’s relative designed the cover? It is credited to one “Marvin Israel” and I believe Shelly was Jewish, but that’s no excuse, it’s dreadful. However it is in pristine mint condition, I guess because no one in their right mind would buy it with that cover.Traditional Atlantic plum and orange mono labels – at least Marvin didn’t get to those – and spindle-holes are also pristine – “unplayed”. 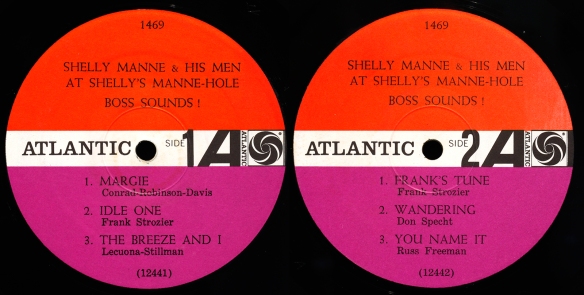 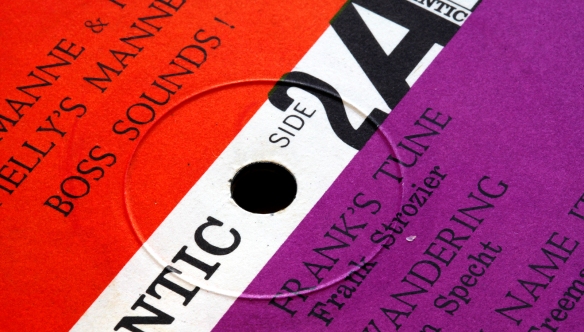 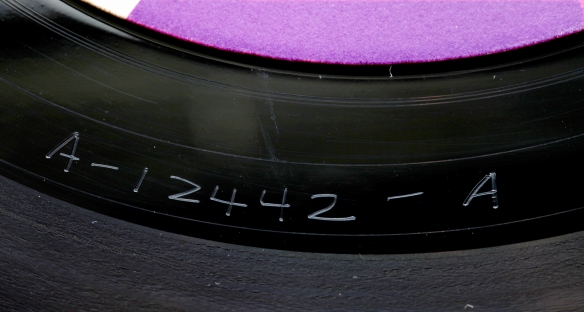 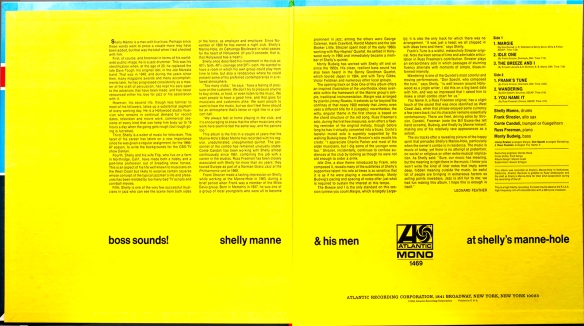 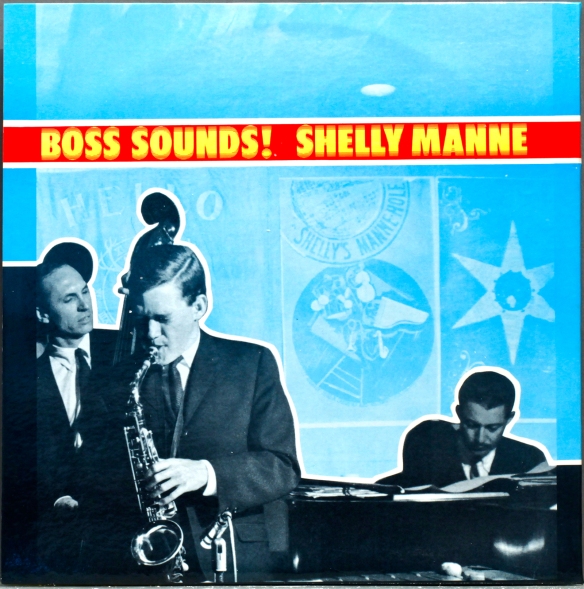