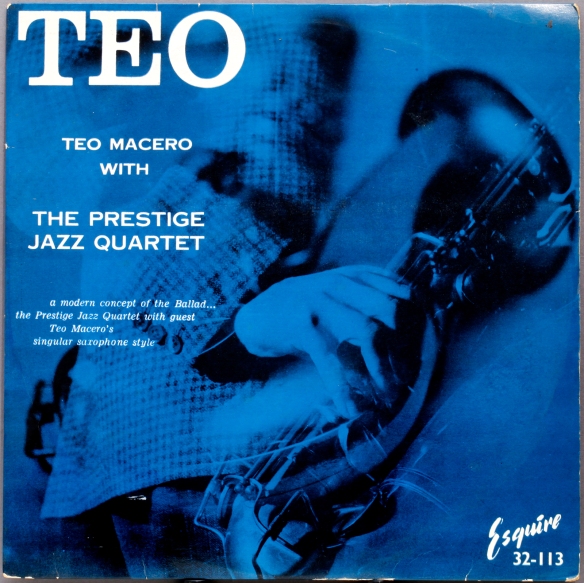 Macero earns the Cook and Morton pithy soubriquet “remains little known as a saxophonist“. There is something to put on your headstone. May also explain why I knew very little of him, him being “little known”. His claim to fame was apparently production for Miles Davis,which is where I am sure I have seen his name,  but he recorded at least two records as leader, of which this is one.

One of the pleasures of jazz is simply “taste and try”. How else did you come to like all your present favourites? Macero has a relaxed yet piquant tone that is distinctive, just like every one elses does. Each player has his own voice, despite playing the same instrument and being influenced by the same heritage of players. A soupcon of Rollins, a sprinkling of Lester Young, a touch of Parker, add a little whoever, the recipe always comes out slightly different.

A selection of ballads in the main, and a restful relaxing vibe with the vibraphone inevitably pointing in the  direction of “cool”. There are times you don’t want someone tearing down the house, or overtaking the Flight of the Bumble Bee on the inside. Steady pace, perfect evening down tempo.

The usual Esquire house style, with all the required information.

But what is this? RVG machine Stamp, but accompanied by a Goldmine grading opinion? A little cheeky methinks.

A record store find, recently arrived from a musician thinning out his collection. Never seen it before, or since, so it follows the collectors imperative, see it buy it. Decide later if its a good decision. Much later. So now Teo Macero becomes just slightly less well unknown than before.

6 thoughts on “Teo Macero with the Prestige Jazz Quartet (1957)”