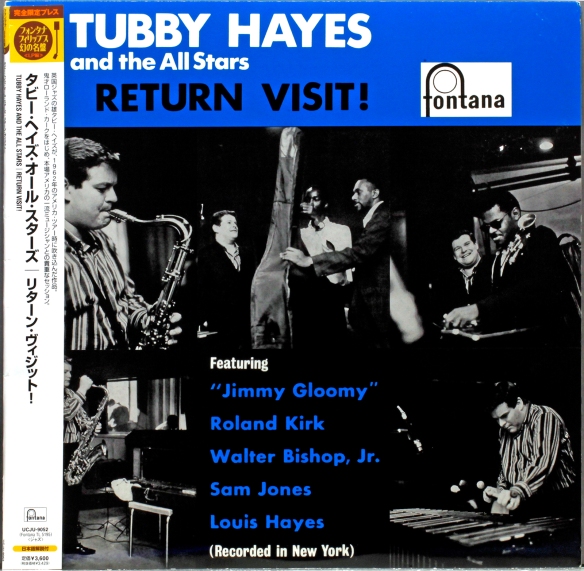 Track Selection: “If I Had You” (medley)

“Jimmy Gloomy” an alias for tenor James Moody, who resorted to the usual tactic of playing under an assumed name to get around contractual obligations.

Teamed with players he had never met apart from Walter Bishop Jr, and produced by a young Quincy Jones, what a quirky combination. Roland Kirk, a  man who could play a vacuum cleaner soulfully if required, in three instrument mode, as well as astounding all by playing a tenor minus its reed. Moody is good but I feel senses he is outclassed by the feisty British tenor in the loud stripped shirt. “WhoTF is this guy?”

Tubby continues to amaze. His level of melodic attack and energy is extraordinary. Where lesser mortals would have run out of ideas or have begged for mercy, Hayes  keeps coming at you firing on all cylinders, unstoppable. And you don’t want him to stop. He has a lot of Parker’s simultaneous agility and inventiveness, but is in no way a Parker copyist. He deserved a place among the Gods, but “you’re not from round these parts, are you?” The recognition never came.

Not one of the great 30-year old japanese pressings by King or Toshiba, but a “modern” Japanese reissue of this very hard to find Fontana release from 1962, hard to find and a three figure price ticket if you do. To be honest it sounds for all intents and purposes like a CD. Well tempered, nice, polite, but ultimately just a digital copy pressed onto vinyl, lacking the spacious convincing presence of the original performance of analogue. Everything physically says vinyl – cover art, heavy pressing, period detail, mono, but it does not sound like real vinyl should. They tried their best, and the music is great, but it’s VINO – Vinyl In Name Only. 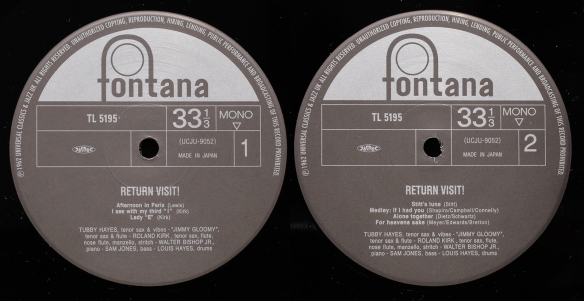 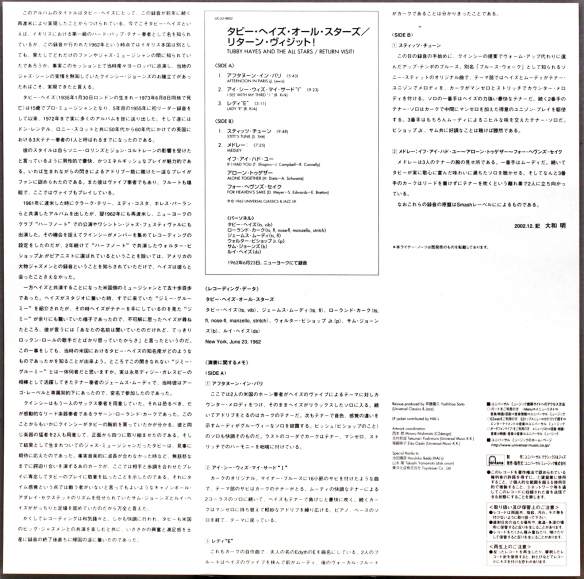 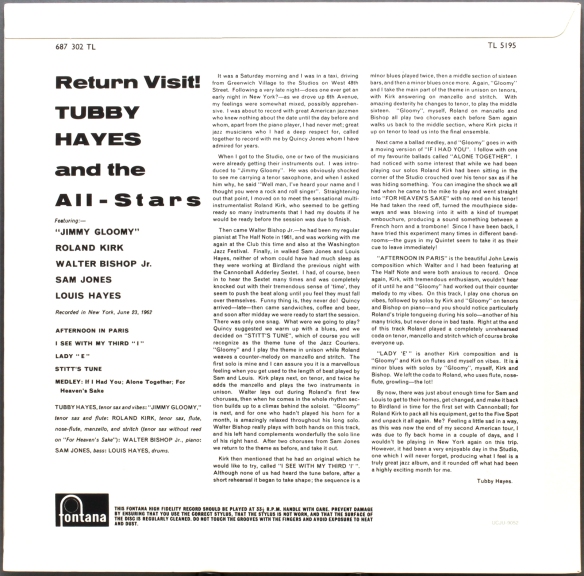 I had my eye on this in a trade-in record store in North London since before Christmas. When I revisited I found it had been bought and part exchanged back several times, so its price had fallen by a quarter, enough to raise my interest further. In one of those coincidences, I had no sooner lifted it out the rack when a chap looking over my shoulder exclaimed “I was wanting that!” A good twenty-minute conversation followed about the merits of Tubby, the search for vinyl, and how he had travelled down from Leicester for an evening at Ronnie Scotts that evening (Mark Murphy). Reminded me how grateful I should be for my easy access to London’s vinyl shops.

I mentioned I kept a blog on collecting jazz on vinyl, and would probably blog about the record, if he was interested. He said he wasn’t very interested in the internet, so we left it at that. Pity, I think he’d enjoy it here.