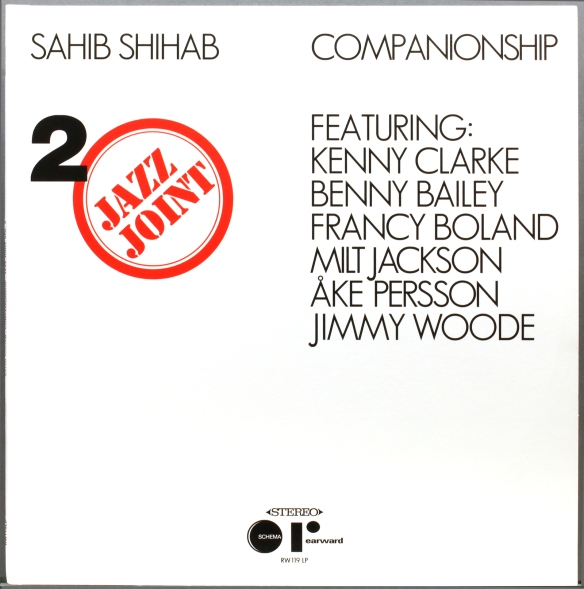 Sahib Sihab (better known to his mum and dad as Eddie Gregory) departed the US in the Sixties for a wife and a new life in Denmark. He appeared frequently with Francy Boland Big band,( where he gets only a little solo airtime), and the Danish Radio Jazz Orchestra. The Boland Big Band’s Italian producer Gigi Campi was instrumental in this release.

Personally I rate Sahib as the finest exponent of the baritone sax, just ahead of Pepper Adams, though others are welcome to disagree. I certainly rate both miles ahead of the world’s best known baritone sax player Gerry Mulligan, who’s blandness – with the exception of a few recordings – I find serves best as cure for occasional insomnia.

Sahib’s composing and arranging skills are matched by his inventive melodic improvisational lines, pulling off some daring high-wire excursions spanning the lower and upper register on the beast that is the baritone sax.

It is hard to believe this was recorded  between 1964 and 1970, it sounds so archly “modern-retro”. Perhaps it fits well with The German Jazz scene, which is quite unknown to me apart from Clarke-Boland – Albert Manglesdorff, Attila Zoller, Claus Doldinger , Peter Brotzmann, Rolf Kuhn –  plus I have difficulty locating the umlaut on my keyboard. No doubt there is more to this music than meets the ear.

I don’t normally touch reissues but with Sahib it is often the only way to access the music, which is impossibly rare due to being European releases only in tiny numbers. Gigi Campi has done a splendid job with the reissue, and this is a modern  surprisingly heavy vinyl pressing with top flight mastering by people who know what they are doing, produced for people who know what they want, not a weedy 70’s and 80’s  reissue. It it makes no claims at to being an “audiophile” production. It just is. 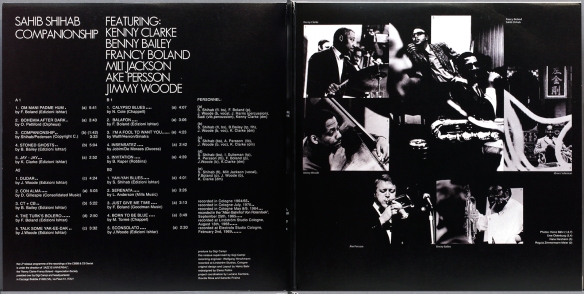 Sitting in New Arrivals, and didn’t stay in the rack for long. Sells generally for around £20 which I reckon fair value for a double of this quality.