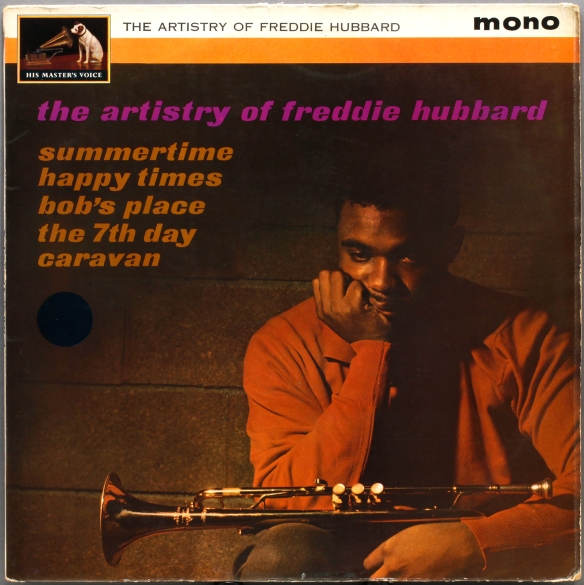 It is The Freddie Hubbard Sextet in top hard bop mode and a most intriguing selection of players. John Gilmore in one of his few non-Sun Ra recording sessions, Curtis Fuller, Tommy Flanagan, with the exciting Louis Hayes on drums. With all those players on board small wonder it sparkles and punches above its apparent weight.

A rare occasion I found no use for the keyboard shortcut which saves me typing “Paul Chambers (b)” on every record credit. So, Art Davis on bass. Plus ça change, plus la même chose.Just thought I’d throw in a French epigram. Not that it’s relevant, but I am  typing in France on an Azerty keyboard, which has accents on it. Everything is  maddeningly in the wrong place.

Uninspiring cover, with Freddie managing to look glum rather than artistic and sensitive. Even less inspired title, “Artistry”? On trumpet?  He’d  look more convincing in a smock and beret, dabbing a paint brush in an artists palette. Or perhaps I have a Dizzy Gillespie cover in mind.  I nearly passed on it, but the seller kept throwing discounts at me, so against my better judgement, I took it with a bundle of records. What a nice surprise.  Lurking within this unpromising cover is a superb record and pressing

Little did I expect an Impulse! on HMV labels, and its quality makes more sense once you know its provenance is Impulse, and not a hastily put together make-weight compilation, which is what it looks like.. The EMI pressing is another surprise – pretty good. Not quite DeccaNuuMaalden, but a good job from Ee-eM-i HayesMiddlesex. Noted for future reference. 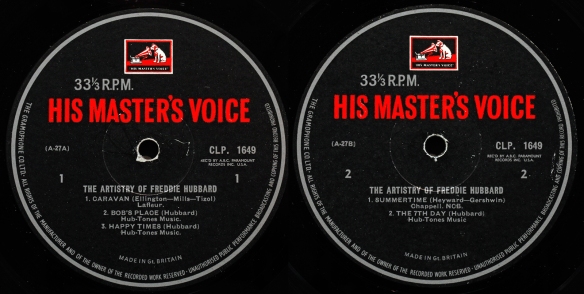 So that’s what EMI matrix numbers look like. Kept strictly to the US source catalogue number, A27, and not the local UK release number 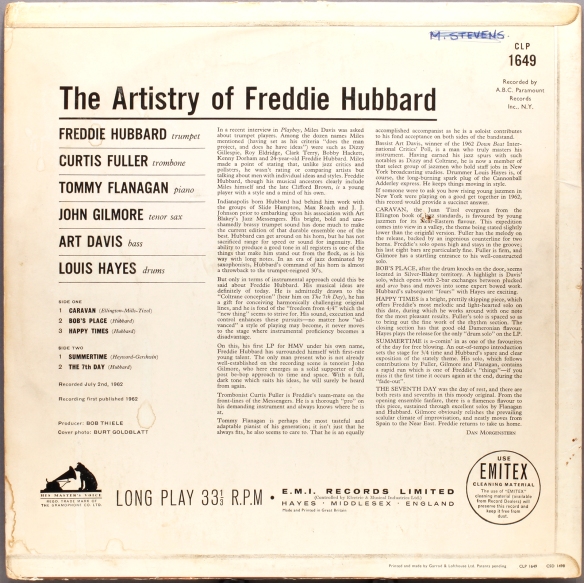 From a favourite shop in North London, which like this record, looks most unpromising, but regularly has nice little finds.