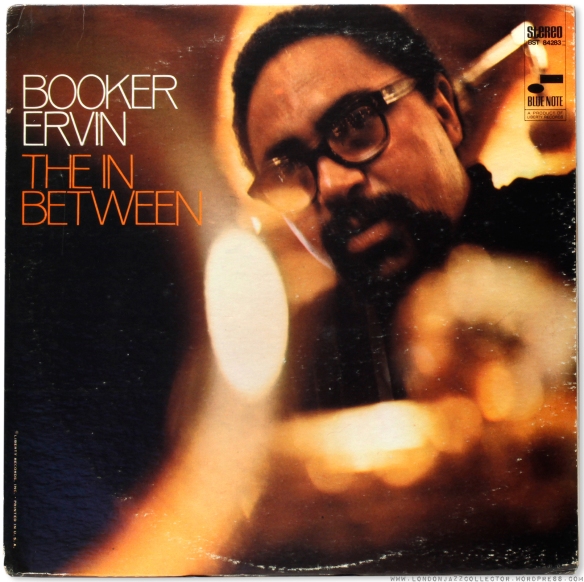 A dark, minor key swinger. Delicious. One of my five-a-day.

Track Selection 2. The In Between (Ervin)

Nervous energy and tension maintained by hard-driving percussion, Ervin in top form. (Did I hear someone say Coltrane-lite? Wash your mouth out!) Everyone gets some space in between Booker’s opening and closing.

1968, into the third year of Liberty ownership of the Blue Note Catalogue, and an emerging era of Lou Donaldson’s Mr Shing-a-ling and Aligator Boogaloo,  the tide of soul jazz lapping around the ankles of hard bop, commercial potential, juke box hits and radio airplay concentrating minds.

The biting astringent tone of Ervin and the urgent propulsive energy of the quintet making exciting listening without falling off the edge into free-fall, or cat trapped-in-washing-machine histrionics. None of the musicians were familiar to me apart from Richard Williams trumpet but they all acquit themselves admirably.

The In Between was Booker Ervin’s last but one record. He died of kidney disease in New York City two years later, at the age of only 39.

Division of Liberty are a mixed bag, with those  produced in the immediate transition from original Blue Note leaving us some very fine pressings indeed (by All-Disc, Roselle, New Jersey) and some less than stellar reissues in the run up to its merger with corporate-minded United Artists. This is the recordings first release on Liberty label, and its take it or leave it. Fortunately its is a good pressing, not Plastylite, but a lot better than what was to follow in the next few decades.

It’s a nice cover picture, which would have been nicer still with a good laminate, and heavier card, but that was the direction of travel. Economy class. From this point, covers began to look cheap. 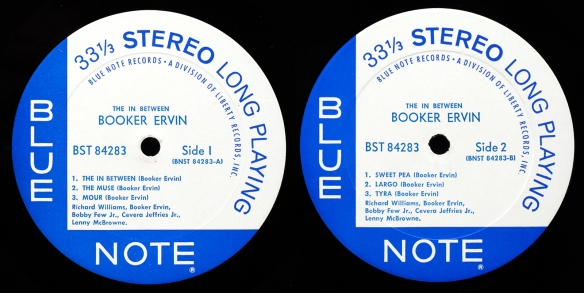 Check the run-out grooves – the catalogue number in a large, open hand.

No surprise with Division of Liberty, the familiar VAN GELDER machine stamp, The Master Was Here,  But just when you think you have seen it all, whoa! “Bestway” . Bestway? WTF is Bestway? A full machine stamped cursive corporate logo. Has to be a sign of an independent pressing plant: Bestway Products, Mountainside, New Jersey, pioneers in styrene injection moulding of singles for high volume low cost manufacture. Here they produce traditional quality vinyl. 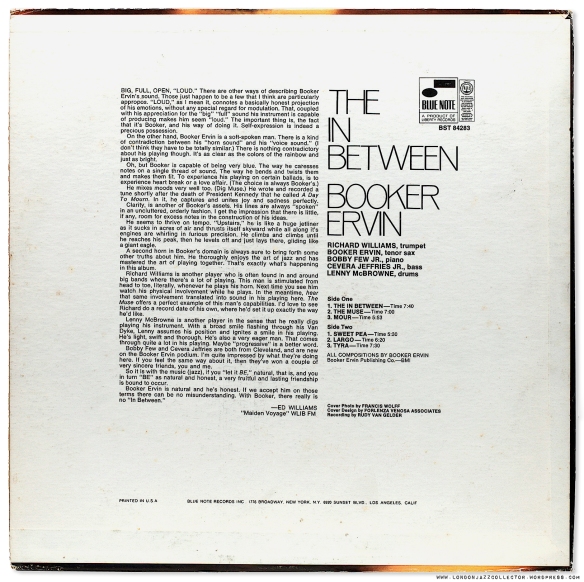 West London vinyl store, who had a couple of Booker Ervin originals, by one of those happy coincidences, at the precise time I was looking for them. I knew they were there, because I had seen them there every time I browsed their shelves, over three or four years. What had changed in that time, of course, was me. I was now ready for Booker.