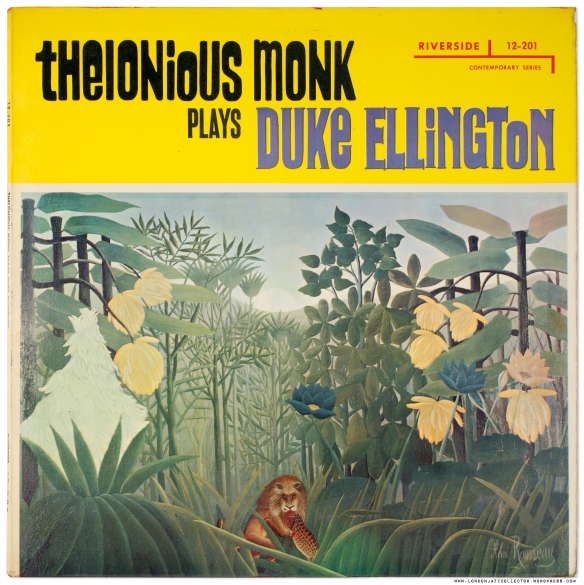 Monk reinvents Ellington’s classic and the three swing like something else. Pettiford, phew! At the time of his signing to Riverside, Monk was highly regarded by his peers and by some critics, but his records did not sell in significant numbers, and his music was still regarded as too “difficult” for mass-market acceptance. Riverside managed to buy out his previous Prestige contract for a mere $108. He willingly recorded two albums of jazz standards as a means of increasing his profile.

The Critic says… with Caravan,  Monk masters the Ellington material, more than a tune; an instrumental composition.  Orin Keepnews thought he could reach a wider audience for Monk through the use of standard tunes, however a musician of Monk’s uncompromising originality was never going to be easily accepted by a large audience. Plink plonk…plink. Nice. 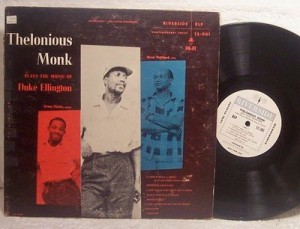 GorgeoSecond cover,  by French post-impressionist Henri Rousseau, whose naïve primitive jungle paintings  were disparaged by critics of the day, claiming to be shocked, and ridiculed them. Seems an appropriate parallel for Monk, and an improvement on the drab and golf-cap first cover of the US release (right)

UK Riverside  release, blue twin reels which date from a few years after the US release. Philips UK pressing, mastered locally from copy tapes, regular Philips UK 420 matrix Side 1, but partially-etched matrix on Side 2 – something I’ve not seen before on the normally very disciplined Philips production process. 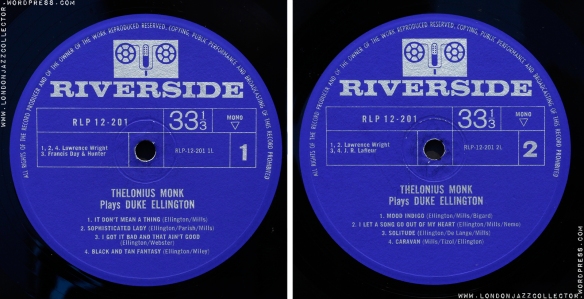 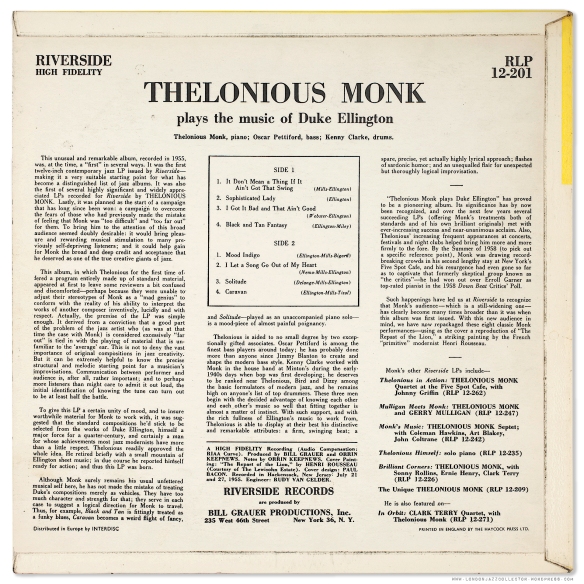 Source: London record store. From a collection claimed to have been dormant in an attic over thirty or more years. Not played for thirty or forty years. That is the best kind.