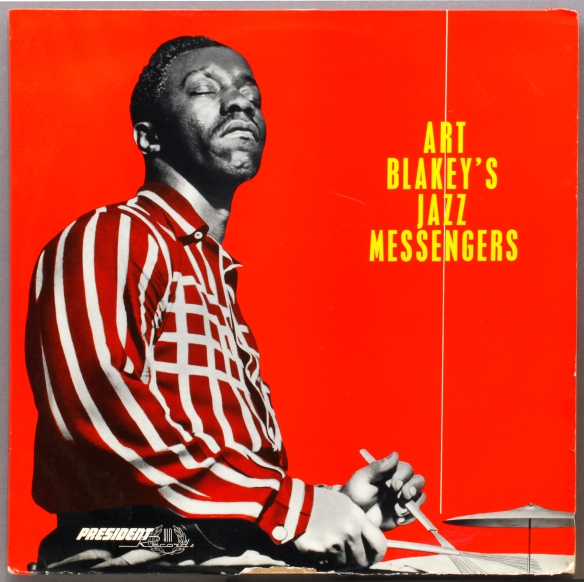 Selection: For Minors Only (Heath)

An early Blakey line-up in the years before Mobley/Timmons came on the scene – late 1957 about nails it according to my patented Jazz Messengers Ready Reckoner , updated for the presence of Junior Mance I hadn’t previously picked up on. 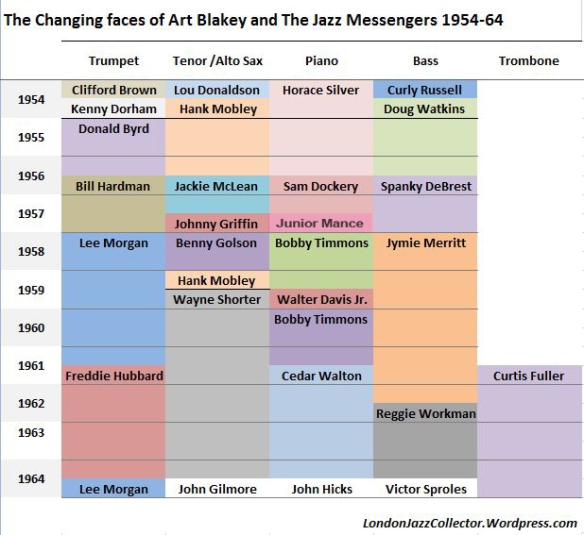 What to make of “President Records” France? Well, first principle,  you are known by the company you keep. Here’s another title from President, La Camisole pour Beatrice 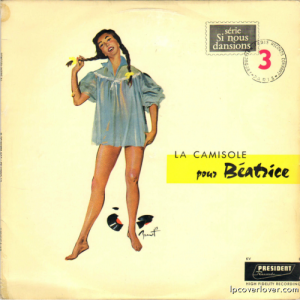 Beatrice has been a naughty girl. She’s just broken papa’s favourite 78, her new nightie is a little skimpy, and she is determined to become a dancer.

You have to ask yourself what would the counter assistant make of a grown man  bringing this sleeve to the desk? “Umm, it’s for my niece.” Bien sur, bien sur.

What little I could find in the President catalogue suggests a variety of genres, blues, dixie, jazz, pop,  basically, whatever sells.

The less said about Blakey’s shirt  the better. A strange design that would look more at home on the winner of the 3:30 at Kempton Park.The designer has mixed Black and White photography with accent colour – a trick I often play myself, so I shouldn’t be too harsh.

Released around 1960 on President Records, France, which according to my research is unlikely to be the Ed Kassner company of the same name but who knows. Described by most sellers as “rare”, not the same as “valuable” – a better word would be “obscure”. A few copies seem to be around on French-dominated CDandLP site.

The run out contains those magical letters AB, but also GF. Anyone knows anything, speak up. Though the vinyl is visually near mint, the odd click and pop registers, despite a run through the RCM. I guess stuff gets onto the vinyl during pressing and cooling under less than scrupulous factory conditions. 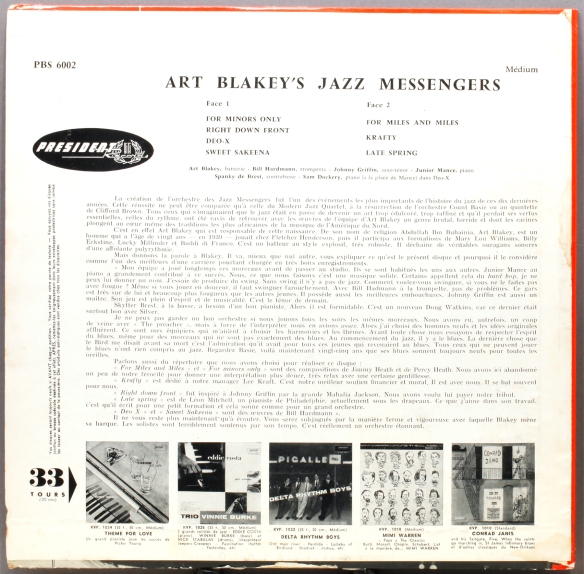 Lets get real here, there is no world shortage of Art Blakey records. The interest is in Hardman and Griffin, a punchy and vigorous front line.

I sense some element of cut and paste in the description.

Its a little quiet here at LJC, sellers on holiday, and very little “hot stuff” coming to market. Its August, but one or two interesting stories in the pipeline.