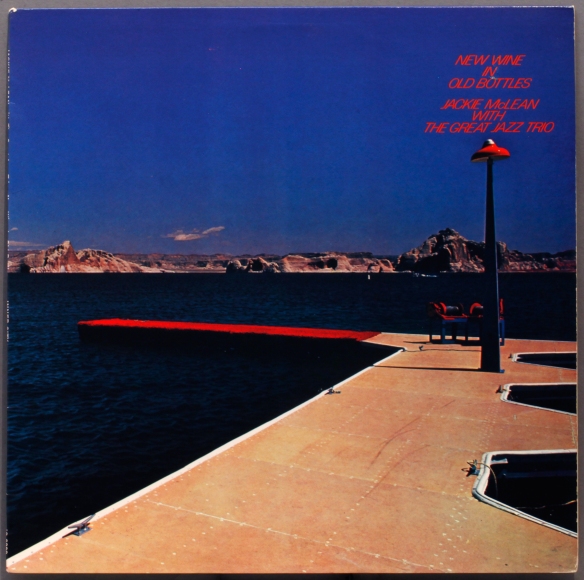 What a  difference nearly twenty years makes. Jackie’s Bag way out in front. The sound of Van Gelder, Englewood Cliffs, Plastylite,  the seamless flow of musical communication between the superb line up, urgency and energy driving the performance.  Unfairly its a sextet, but a reminder of Blue Note at its best.

On the 1978 quartet version, things are looser, more spacious,  . Jackie’s alto is recognizably sharp, but after the song’s headline statements, his phrasing more tentative, meandering through his solo, looking for a direction to pick up and struggling to find it. Carter has been at the energy drinks again, bopping along infectiously, Williams has mellowed, and what to make of Hank Jones spacey solo? This is a Jackie McClean Tribute Band, very nice, but does not match the fire or sense of purpose of the music in its time. Perhaps it is too much to expect that it would. 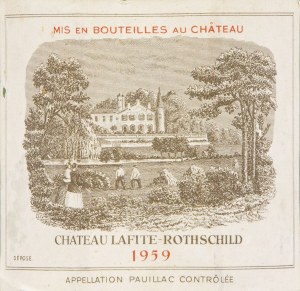 In mitigation, New Wine in Old Bottles cost one twentieth the price of Jackie’s Bag. It is perfectly acceptable table wine but an unequal contest versus well-aged Chateau Lafite Rothschild, 1959, old wine in old bottles.

With exceptions which you will no doubt throw at me, musicians do not generally age well. Those still standing are ushered into the Hall of Fame, dined at the White House, bestowed with honours, rightly given the recognition they richly deserve, but that is entirely separate from their playing.

This small experiment suggests  there is not be a lot to be gained from following the later manifestations of musicians from the golden era, when there is still so much of their vintage gold still to be mined. That rich seam remains stubbornly rooted in the decade between 1956 and 1966.

Time to ask for the bill. That’s two bottles of the 59 Lafite. Your round I think?

The Inner City label,voted the 1979 Record Label of the Year in the International Jazz Critics Poll, is fairly commonplace in the second-hand record and for late seventies/ early eighties the vinyl is  not at all bad, but what a strange provenance. Licensed from Nippon Phonograph Co., Ltd/ East Wind Music Inc., Tokyo. Business Plan: get together some of the jazz greats, record them in New York, release it for the Japanese market, and then license it back to the yanks. Velly good crack. 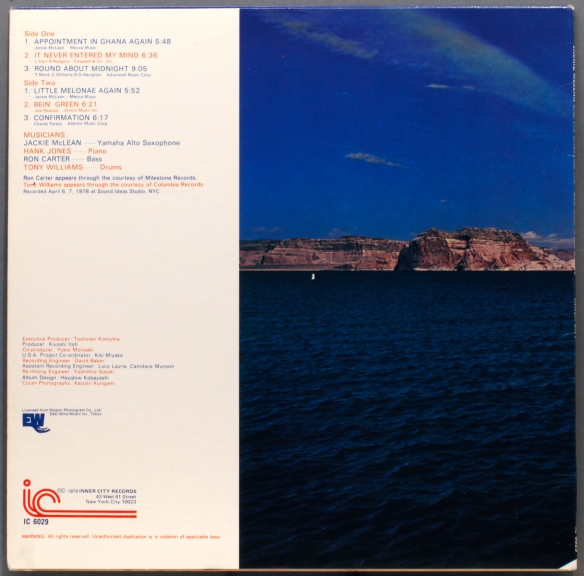 They even wrote proper liner notes back in 1959 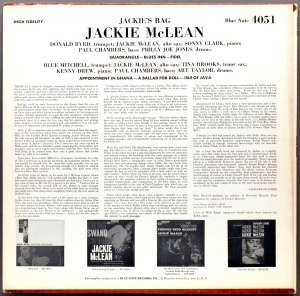 The issue is, I think, that musicians should never stop evolving, but keep moving forward, build on the past and not repeat it.

Back to the wine analogy, a few years back I spent what at the time seemed an inordinate amount of money for a bottle of wine, the famed New Zealand Sauvignon blanc Cloudy Bay.

Tasting Notes: This wine really can claim iconic status. It was the one that made the world take New Zealand’s Marlborough Sauvignon Blanc seriously – and still makes wine lovers swoon today.  A real show-stopper

All I needed was a special occasion to live up to this special wine, which I set aside for best. Months came and went and no day seemed special enough; months turned into years, and still no occasion was deemed special enough. You can guess what happened. When a really special day finally arrived, I opened that special bottle of Cloudy Bay, only to find it had gone off, and had to pour it away down the sink.

I am not sure I learned anything profound from this experience, other than that not all wine ages equally well. Other conclusions you can draw for yourself.