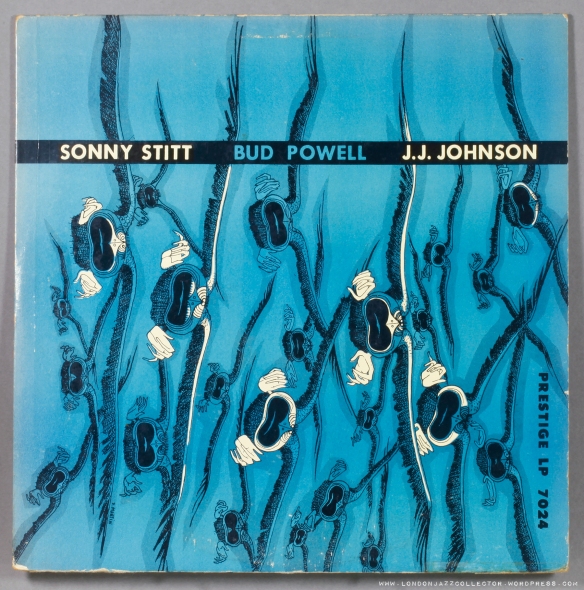 To kick off, I have two vintage pressings for you to compare. One an original Prestige, the other, one of my native Esquire pressings, from US metalwork. Except there are a few twists along the way.

Sonny Stitt on tenor, sounding Rollinesque before Rollins, extraordinary agile mastery of  whatever the bits of the saxophone are called where the valves are – big toned headline statements followed by breakneck speed in the changes, while Powell shows the keys no mercy, you are bouncing along with Bud at the height of his powers.

Both Prestige and Esquire originate from the same master – a re-master by Van Gelder from whatever was used to record the sessions in 1949 and 50 –  But it looks like some intermediate metalwork  from different pressing plant, on Abbey Manufacturing (AB) the other not.

Ripped under identical conditions, they sound “different” but which has the edge? Do either? Or is it too close to call?

I turn to new LJC guest mixmeister  MC Kool-Kat, taking over the cans from Dimitri-Shostakovich – who we had to let go due to a growing obsession with car insurance. Whadyathink, Kool-Kat? 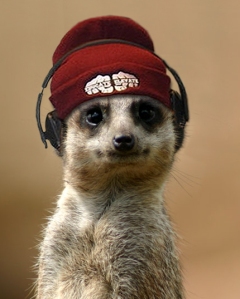 Great to be here, LJC. Been big fan long time. You want I save you on car insurance? Only kiddin’. But first, LJC, you boss, what’s you thinkin’?

LJC: it’s a close run thing but I think the original Prestige NYC press has the edge. Not by much, it’s a little fuller, the instrument balance better, and Stitt’s tone comes across a little more fruity and lively. I had to switch backwards and forwards quite a few times before I settled. I’d be happy with either, but I  like the Prestige cover a lot more. And you?

Yeah, me too, I agree, you nailed it boss, no contest, the Esquire walked it …umm.. or may be it was the Prestige, I’m new at this pressing comparison stuff. That Sonny Rollins is great isn’t he? Really keeps it swinging. Bebopalulah. Modal. Like my beanie? It’s Primark. A lot us DJs get our gear from Primark. Price pretty good compared with Topshop. Cheaper than George at Asda, and save big money on Next. 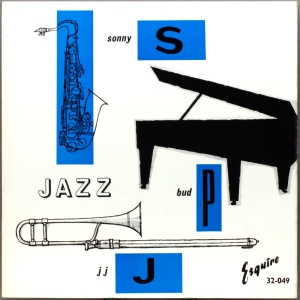 The master is the same, its got his father’s eyes, but where does all that extra machine stamping on the Esquire metalwork come from? Who or what is CA? Why is the Esquire metalwork etched “AB ” (Abbey Manufacturing ) yet the Prestige is not? What goes on around here? I have no idea. Usually the metalwork is identical, on this occasion it’s not.  I have always believed Esquire were pressed by Decca, New Malden.  What to make of the secondary stamper information I really don’t know. The only time I have seen anything additional like that is on European pressings, France mainly, where they

add their own local reference codes. 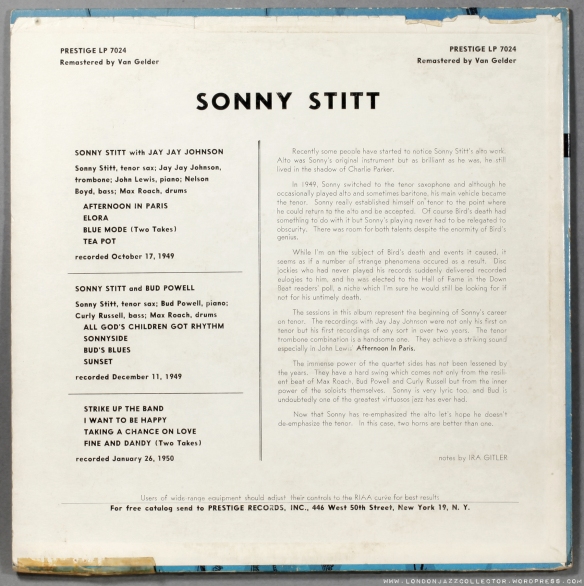 From that North London record store collection purchase. Even though I already had the Esquire of Stitt Powell Johnson,  an original Prestige Fireworks NYC was too much to resist. As owner of around forty of fifty Esquire Prestige releases it is reassuring that the difference between the two sonically is close. Especially at the price premium commanded by NYC originals.

As for that metalwork, once again, just when you think you have something all figured out, something like this comes along and reminds you, you don’t know it all. Rumsfeld moment, you don’t even know what the proportion you know is of what there is to know.

That I do know.