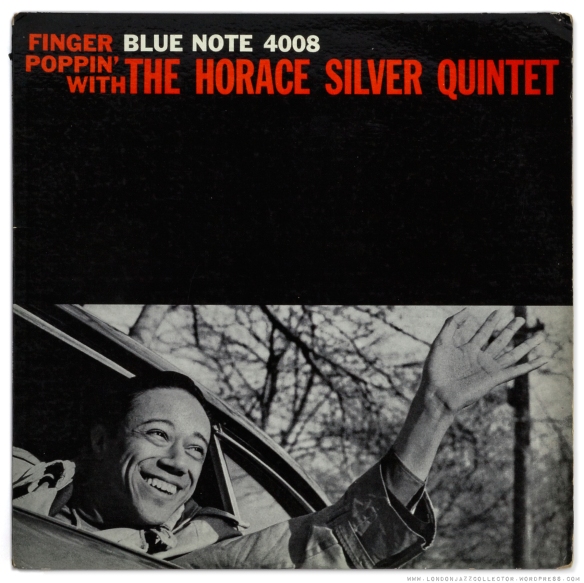 Selection 1: Cookin’ at the Continental

Arguably Silver’s finest, classic, uncompromisingly hard bop sortie, I found myself totally unable to decide which track to feature, so I thought, sod it, give ’em four, let them sort it out between themselves.

Personally I have a soft spot for Swinging The Samba, closely followed by Cooking at the Continental, but I noticed that LJC posters had different ideas, with nominations  for other tracks as favourites. Hang the storage limits, give them more, a tribute to Horace: seize the moment, it won’t happen to pass again.

In my opinion, none of the tunes on Finger Poppin’ are especially memorable, but it is more than a simple blowing session. The heads set the mood and tempo, which is where the collaborative power of the Silver Quintet scores so high: everyone knows what is coming, has plenty of space, and uses it well. It is what happened when Blue Note famously funded rehearsal time, where other labels did not: the final product is a more polished performance.

Horace once described his approach to music as “meaningful simplicity”, an insight to be savoured. In a milieu that elevated “complexity” that is not always meaningful, it is a distinction worth retaining.

Just for a change, this Blue Note has the same W63rd labels on each side, but it’s  +INC and +R both sides, so question over early v.s. later pressing status. Regular follower will understand my indifference – it’s the van Gelder metalwork provenance that counts to the audiophile. There will be no wailing and gnashing of teeth here between 1st or 2nd press.

When I started out collecting jazz around five or so years ago, these Horace records simply turned up once in a while, and you seized the moment. I still see them turning up once in a while, but not as often. I fear these will not be long for this earth. But they are at the more affordable end, and they repay the investment.