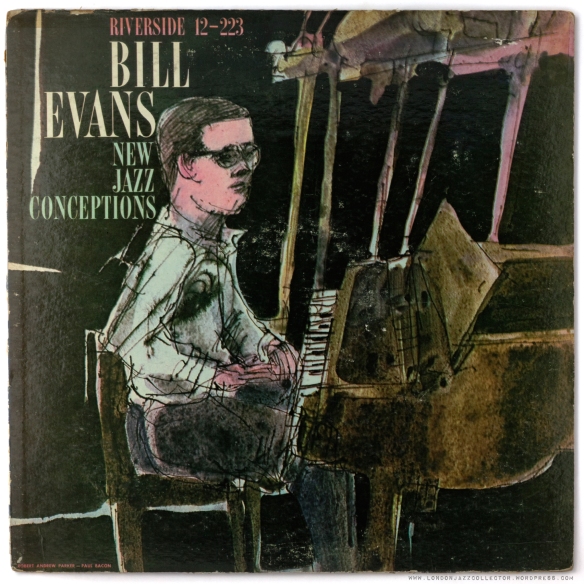 Although a critical success that gained positive reviews, New Jazz Conceptions was not  initially a success, selling only 800 copies the first year (volume akin to Mobley 1568) , which accounts for the premium  on copies of the original pressing. Evans attracted greater recognition with successive albums, hence Riverside re-released his first title as leader, to capitalise on his growing following.

The critics hindsight is that New Conceptions was far ahead of other pianists of the time, but only a glimpse of the talent that was to develop over the following decade. Powered by the drive of Silver, the helter-skelter shimmering cascades of Powell, long serpentine lines of Lennie Tristano, Evans combines all these with his own unique musical intelligence and sensitivity, the complete pianist in the making.

The trio here already features Paul Motian tasteful cymbal-work, and the capable Teddy Kotick on bass. Kotick’s place in the trio was later taken by Sam Jones, but neither anticipated the arrival five years later of the surging forceful bass lines of Scott La Faro, who with Motian brought the Bill Evans Trio to completion, if briefly.

Cover: Not the iconic first cover, below, however the  pen-and-ink/watercolour sketch cover has a quirky charm of its own. 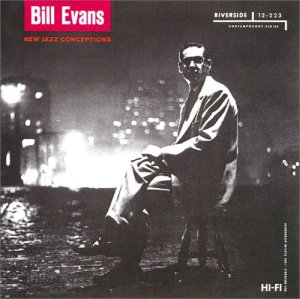 US pressing on smaller 92mm Riverside label, no INC on label or cover, label in use 1958-60, 2-4 years after first release, hence a second pressing, with second cover. Still vintage, but not quite as desirable as the very scarce original. The runout contains an obscure etching in addition to the catalogue number, unknown significance. 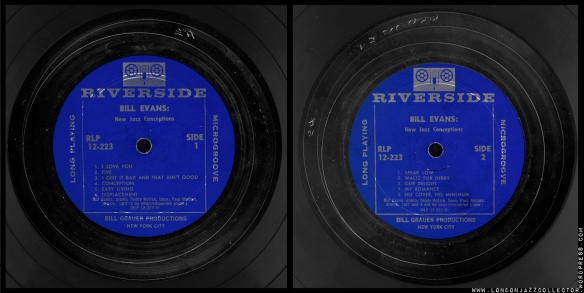 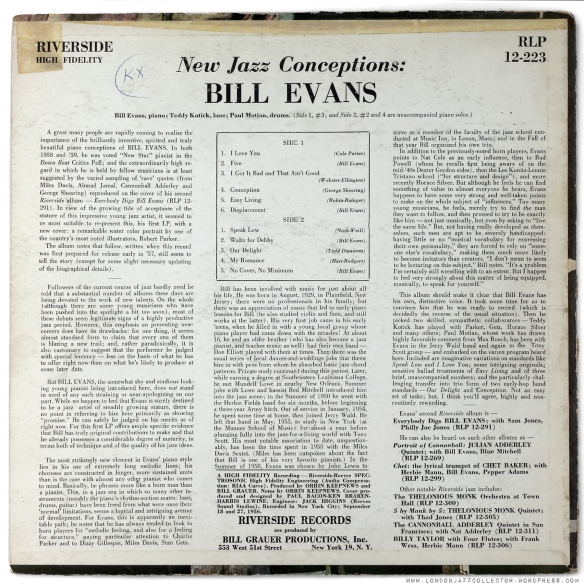 To be picky, this Ebay auction was described incorrectly as “ORIG” not “2ND ISSUE/ 2ND COVER”. Doesn’t sound as good put that way, does it?

The challenge with Bill Evans is to find a copy that is in top condition, as so many have been played excessively. This one has a few soft pops along the journey. When hard-core collectors turn their nose up at a second pressing, nicer for me, for whom 2ND BEST is often GOOD ENOUGH.