Impossible to choose a best track, all of them are outstanding. The most widely played is probably Dorham’s sprightly  Blue Bossa, or Henderson’s Recorda-me, both their respective  signature tunes,  so I’ve chosen as the selection the more obscure, less easily pronounced  and even harded to spell, swinger Jinrikisha, which is apparently Japanese for a rickshaw, a two-wheeled  passenger cart pulled by one person, not to be confused with a trishaw three wheel cycle cart. Possibly. Our friends from Japan can fight over this.

If you were wondering about the artist named “/ETC.”  on the cover, or failed to register it,  it is a thinly disguised reference to McCoy Tyner, who in 1963 had just signed to Impulse Records. Though he is credited on the back, supposedly his Impulse contract forbade front cover credits.

Dorham is the old hand of the group here, shortly to turn forty, with everyone else in their mid twenties. Rather than his well-established pairing to date with Hank Mobley, Dorham introduced Joe Henderson to Blue Note on his own Blue Note title, Una Mas, fostering Joe’s early career. Clean-shaven Henderson looks impossibly young on the cover, which is a masterpiece of minimal design by Reid Miles, a perfect demonstration of the rule of thirds, (as opposed to the “stick it in the middle” school of mobile phone  photography)

Page One is aptly named, Henderson’s debut album as leader, for Blue Note. The songs offer an upbeat line in Bossa Nova, whose strong rhythmic accent seems to have worn better than its syrupy Afro-Brazilian cousin Samba. (La la la, la la, lala, the girl from Ipanema called, but I never called her back). The songs range from bluesy romps, a minor-key outing, a  delicate whistful ballad, and fiery swingers, all with a backbone of compositional authority.

One of the best elements of the album is the front-line pairing of Dorham’s peppery darting trumpet offset by Henderson’s hard gruff tone, carrying off the melodies in lively skipping and swaying harmonic lines.

Van Gelder’s stereo touch had matured by 1963. The quintet is nicely positioned on the soundstage, musicians in the room, and the engineering is lovely:  fresh articulation of each instrument, full dynamic and tonal range, perfect balance, and musical cohesion between the players, no stereo-theatrics and special effects, no artificial bass-boost.  This is what Blue Note is all about, it just makes you want to listen. No need to attract your attention, it already has it, effortlessly.

NY Labels, and perfect inventory run-out, all there as should be.

This record (un)helpfully came with a Blue Note  inner sleeve, unique design, Andrew Hill “Judgement” (BLP 4159) Column 1 Row 4, on the side of the inner sleeve with the Blue Note address at the bottom, 43 West 61st (the other side of the sleeve has no address)

This sleeve is  associated with 4178 – 4201,  titles released between May – September 1965, manufactured probably in the previous two to three months. This was the minimum time from recording studio to record store rack with Blue Note, though sometime longer according to Alfred Lion’s sense of market artist-saturation (Jimmy Smith exempted) 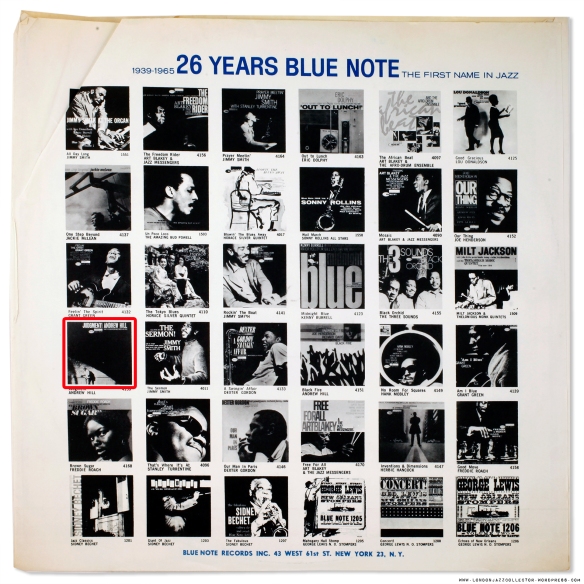 Henderson’s Page One was released three months after the recording session, in September/October 1963. It should not have an inner sleeve that came in to use eighteen months later. Bummer.

Though perhaps not? If you were selling, you “lose” the inner sleeve. Now you can shout from the rooftops:  “Original NY labels! (true) Plastylite ear and Van Gelder stamp (true)! Original laminated cover (true) with the 43 West 61st address! (also true but irrelevant)  Original Pressing! (probably not true, but who’s to know?)

As we are being asked to stay home, and without friends visiting, I have taken the opportunity to sift through records that haven’t been played a while. It is re-aquainting me with some old vinyl friends, no social distancing required.

When everything around you seems safe, you feel comfortable with danger. I guess it works the other way round too. Having in recent years poked my toe gingerly into more knotty and demanding work, suddenly the comfort of these old friends has offered much needed company.

Checking through my list of 800 posts (!) I  was also shocked to find I had introduced only two of my Joe Henderson Blue Notes on LJC: the apostrophe-challenging In ‘n’ Out (4166), and Inner Urge (4189). Not a peep on my Mode For Joe (4227), Our Thing (4152) , and Page One (4140), all of which were acquired ten years ago, early in my collecting career. Somehow, in the excitement of the chase for more records, I had overlooked writing about these. They were lounging on the shelves. Time to blow off the dust, fire up the ultrasonic record cleaner for a first blast, and make something good come from something bad.

Writing on Page One took me ten years back in time.

In 2010, in short trousers as a jazz collector, I had just discovered the excitement of Ebay – though not yet the pain.  Bids counting down the seconds in real time on the screen, some in the small hours, accommodating  Eastern Daylight Time (GMT-5) or Hawaii-Aleutian Standard Time (GMT -10), before the likes of Gixen and clinical remote server bidding, sensible head on,  took away the adrenaline rush of the real-time auction.

It was also a time before the Customs Collection crackdown on importation, the point record sellers became collecting  agents of the Inland Revenue, and records were held hostage by our own postal authorities. They were good times to buy records in auctions. Well, fairly good.

They were times when you discovered transatlantic  differences in opinion over record grading, and the real meaning of condition description “does not affect play” . Yes, this record can be mounted on a turntable, and yes it can be played. Every word is true, you are on your own with a “not as described” claim.

Just a few bad things happened, but mostly it was fun, and if you wanted Blue Note (all I collected in the beginning) you had to go to where the Blue Note records were: America.

At the time I mostly sought out the mono edition, but I think I overlooked Page One’s  stereo provenance in the excitement of bidding. Careless but as a rookie I made a few mistakes and it was the stereo that appeared in my mail box from Ebay, Congratulations! Now time to pay!  And pay I did, over $100, more than any other auction success at the time, but on reflection, I’m happy that I did. It’s only money. You can’t play money. It doesn’t sound any good. And where are these records now? Mostly, Japan.

Though Henderson went on to lead four more titles for Blue Note, Page One is the one I came back to most, for it’s joyous positivity, something we all need more of in these unsettling time.

There is enough bad news around, I had to stop consuming  the endless “Daily Getsworse!” media, just the sombre  headlines with an early evening glass in my hand. Hopefully a restocking case  from the wine merchants will arrive tomorrow, home delivery. 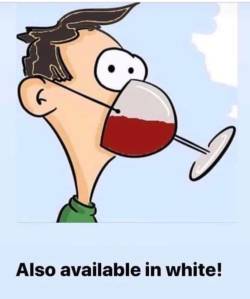 If there are any stories of the benefits of “staying home”, feel free to share. In the meantime, stay safe, stay home, enjoy jazz!