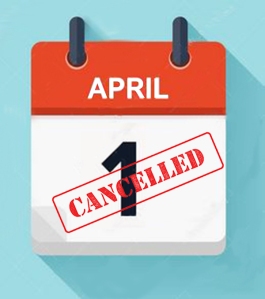 “I know that many look forward to the “Poisson d’Avril”, a traditional event here at LJC, and this will cause some disappointment. We all remember the “Elvis Sings Thelonious Monk” unissued Blue Note spoof that went viral following a pingback on Facebook. And the momentous discovery of unissued  Elvis Sun Ra Tapes. However, at this moment in time, it seems jokes are no laughing matter.

Poissson d’Avril is now Poisson d’Aout. By August, the world will either have adapted to the new normal, formerly known as the abnormal, or melted-down completely. Either way, the old normal is no longer in stock, and delivery times for even the abnormal may be longer than usual“.

In an unexpected turn of events elsewhere, in the wake of spread of the CoronaVirus Global Pandemic, the travel ban to Lapland has forced the temporary closure  of Santa’s Toy Factory, affecting seasonal sleigh-ride and toy delivery plans for good children. Assuming there are still any “good children” left to deliver to.

After testing positive for the coronavirus, Lapland resident Santa Claus and his team of  elves have gone into voluntary self-isolation for twelve weeks. To ensure the Toy Distribution Centre will be fully restocked to meet the annual  festive deadline, the Government has now  decided officially that Christmas 2020 will now be moved back to Easter 2021, provisionally, to April 1st.

As a result of the postponement of Christmas, it has been decided to  declare a Global Calendar Reset.  Spring will commence in what was previously Summer. Summer will be moved back to what was previously Christmas, and with Winter deferred, Summer Time will commence in The Fall, and the season officially renamed  Formerly Known As Autumn, as by then all leaves will have already fallen.

As regards the moving of Christmas, to avoid any confusion with the old calendar date and avoid any possible offence to any minority group, or indeed the majority group, it has been decided to rename Christmas simply as 12/25. Though of course it will now be held on 4/1. (MM/DD)

For the benefit of anyone staying home, with little to amuse themselves, here is the complete collection of previous year’s April 1 spoofs:

2019 Government to announce ban on vinyl

In an even more unexpected turn of events, two gardeners in Suffolk have just tested positive for Dutch Elm Disease. People are advised to stay home, and avoid trees. Not close to trees?  Don’t forget, trees have branches everwhere.

If you have any experiences the share, now could be a good time to break radio silence, and make a post, no-one is in judgement, we need to stand together. How are you coping?

UPDATE: Larry The Plastylite Guy shares an April Fool from the good old days, 1978, well, they not good, but certainly not bad. Reading Times invents a British Airways Concorde making an emergency landing at local airport, thousands turn up to see its planned  take off the next day… 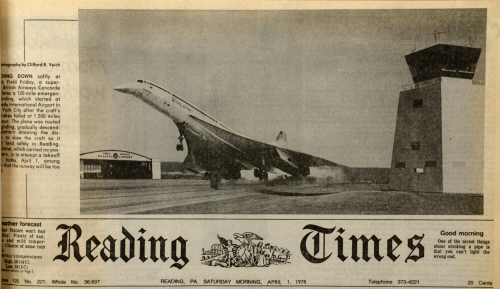 The best April Fool’s are when you are not sure whether it’s true or not, and fall for it. Great, AND a British connection, even better. Thanks Larry. I had the pleasure of flying Concorde just the once. It was every bit as special as it looks.