In 1982, the combined forces of Decca/Telefunken (TelDec) and Georg Neumann Gmbh launched a German compilation of classical music tracks demonstrating the new analog  mastering process – Direct Metal Mastering:(10 For Sale from €7.87). The DMM process entered the Blue Note chain of reissue manufacture through EMI Capitol and Pathe Marconi in the early/mid 80s.

According to Abbey Road Studios reviving the DMM process in 2019, DMM results in a “faster and more economical process overall, but also less risk of introducing unwanted ticks and pops to the audio (LJC: shouldn’t be there in the first place) .The signal-to-noise ratio is improved, with reduced background noise, especially in shallower grooves. (LJC: shallower grooves? ) Cutting into a harder metal surface rather than a softer lacquer one also produces more precise transients and a more accurate reproduction of high frequencies – a DMM cut will often sound brighter than a lacquer cut.and10% longer playing time than standard lacquer cuts”. Disclaimer: “Abbey Road Studios” self-promotion, a business name of Virgin Records Limited.

Nothing should sound “brighter” – fidelity means faithfully reproducing what was recorded. 10% longer playing time – at the expense of poor reproduction of lower frequencies? This won’t end well.

The topic of Direct Metal Mastering has surfaced several times on Steve Hoffman Forums , with one SHF reader poll voting eight votes to seven votes in favour of DMM. That is not a lot of votes. As usual, a lot of “(insert album name) sounds great” comments, but few are able to make a comparative judgement between DMM and conventional  lacquer cut of the same recording. Until you compare, you know very little about the difference. LJC takes the plunge.

I have used the same recording source – a track from a Van Gelder recording session from 1967,  to compare a vintage  conventional  lacquer cut, with a vintage Direct Metal Mastering cut.  Obviously different mastering engineers, but it is all mastered  before the intrusion of digital processes, the two treatments of the same source  should reveal the sonic differences resulting from the two technologies.  No longer the one dimensional “sounds great” opinion, but more informed opinion – which sounds better, and in what way.

The subject: another Blue Note that never was, 4261. There is no “original Blue Note” pre-1966  as such – it remained unissued until United Artists brought it out a decade later.

First, the original artwork for Blue Note 4261 that never was. Reid Miles makes his unfailing connection between the music and the cover art design. Dimensions and Extensions, duochrome angular geometric abstraction, fracture, tension,  perfect wallpaper for your Twighlight Zone listening room, anything can happen in the next twenty minutes listening, and almost certainly will.

The music showcases Rivers’ aggressive free-style playing, but with arranging skill,, drrifting from post-bop dissonance into late 50s urban-landscapes and fragments of Manny Albam syncopation, Mingus and George Russell territory, an intoxicating mix which didn’t  appeal to Liberty, who promptly sat on the session.

Jazz writer John Fordham (great insights) sums up Rivers’ stylistic strengths thus:” an enthralling balancing act between an advanced bebop style and the atonal music of the later Coltrane era, except that Rivers has always sounded unlike anybody else in his between-tones melodic flexibility, blustery tenor phrasing and edgily delicate ideas on flute”

My favourite tune from this album is in fact the track, Paean: a jagged opening melody line, James Spaulding avant-leaning alto wrestling with River’s wildcat tenor, moving over Steve Ellington’ ringing cymbal strikes. However, as I  ripped Paean in a previous review of  Involution back in 2012,  I have gone with a fresh tune, Precis, which embodies many of the same qualities, for the comparison.

The interesting addition to fireworks from Rivers, Spaulding and Donald Byrd, is Julian Priester’s romping trombone. Trombone is an interesting if schizophrenic instrument. It can be an easy marching band swinger with JJ and Kai, an avant  threatening force in the hands of Grachan Moncur III or Roswell Rudd, or articulate and expressive solo instrument, with the likes of Priester and Jimmy Knepper.

A brass line up of four instruments keeps everything exciting – you are not likely to fall asleep on the sofa with this album.

One of only two DMMs in my collection. Ironically, the other DMM “sounds great”™, but without a  comparator, who knows if the original sounds even greater. It is also possible that a 320 mp3 might sound better over an internet/PC connection in one format, but not on a revealing hifi.

Despite the general second-class standing of the UA Blue Label, this Van Gelder recording has been mastered with considerable fidelity: an open, spacious, fresh and natural presentation. Though badged “The Blue Note Reissue Series”, much of the material is previously unissued. The beige covers of the two-fers are poor advertisement for the great music within. The UA Blue Label are second to Plastylite/ All Disc pressings, especially where Van Gelder metal was to hand,  but the distance is not so great compared to what came later in the mid 80s and beyond. 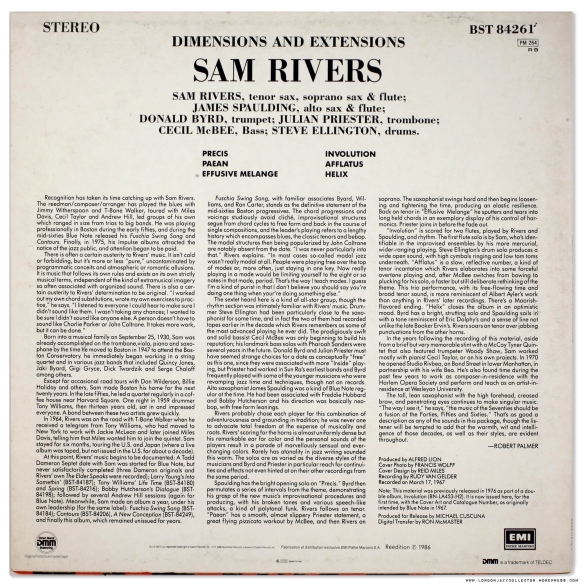 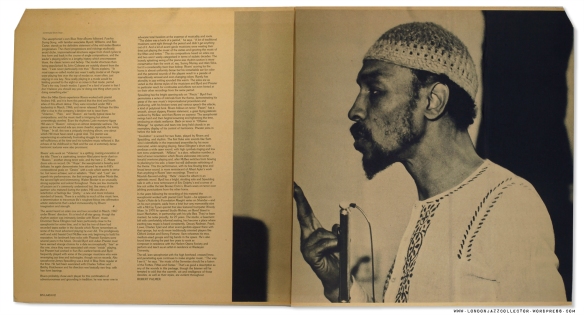 DMM was the  ’80s technical swan-song of vinyl before it finally bowed to The Evil Silver Disc, a struggle between two evils, and it litttle mattered which evil won.

Wiki picks up the DMM story: “Unlike conventional disc mastering, where the mechanical audio modulation is cut onto a lacquer-coated aluminum disc, DMM cuts straight into metal (copper), utilizing a high frequency carrier system and specialized diamond styli, vibrating at more than 40 kHz (i.e. 60 kHz) to facilitate the cutting.

The DMM copper master disc can be plated to produce the required number of stampers using the one-step plating process. Rather than having to electroform a master (or “father”), mother and then stampers (the traditional “three-step process”), the DMM copper disc serves as the ‘mother”. LJC: So it saves the mastering engineer one step. Does one step saved improve or diminish the sound quality? And what does the engineer do with the time they saved?

“Because of the modulation arising from this cutting method, criticisms have arisen of the sound of such ‘DMM’ records. They are often labelled as bright or edgy,  having a harshness or forwardness in the high frequencies. The fact the groove is cut to copper, a hard metal, and not to soft lacquer, nitrocellulose, supposedly endows DMM vinyl LP with a very different tonality to traditionally manufactured vinyl LP pressings.

Direct metal mastering requires a radically different cutting angle than traditional (lacquer) cutting, almost 0 degrees. However the playback cartridges will always have the standard playback angle of 15–22.5°. Thus, the DMM process includes electronic audio processing  so the records can be played with a standard cartridge despite having been cut at a substantially different angle. This electronic processing might account for the supposedly different high frequency “signature sound” of DMM records.”

Electronic audio processing. You have there the admission. Put the cuffs on the DMM, (and mind it doesn’t bang his head when loaded into the back of the police station wagon). However, the original intended Reid Miles cover art forced me to buy the DMM, and play just the UA blue label.

Any  thoughts on Direct Metal Mastering – friend or foe?