I’m not sure of the origins of the above rip, which may be a CD rip made some time ago for phone-listening!. When I have access, a vinyl rip will replace in due course.

A  great Byrd composition, perfectly executed, everyone jumps in with gusto, Monterose and Ira Sullivan brass intertwined, Horace Silver takes the driving seat with a rapid fire bouncing solo, swinging like hell, Monterose offers up staccato staircase lines, a quick Philly Joe solo, reprise of the theme, and it is all wrapped up and gone too soon.

Typical of the short bop pieces of the mid 50s. Later in the post (Collector’s Corner) you can compare the presentation of the same tune Byrd recorded five month previously for Prestige, with Art Farmer and Jackie McLean,and  the mighty Barry Harris on piano.

Personally I find this music beautiful, engaging, and nourishing.

” Monterose’s life was one of sparsely documented itinerancy, pursuing his evolving craft in small-time U.S. venues and during extended stays in the late 1960s through the mid-1970s in Belgium, Holland and Denmark, with occasional low-profile recordings . His preference for small-group work in out of the way places would shape much of his subsequent career, contributing to his musical growth but relegating him to obscurity.  Writer David Brent Johnson described Monterose as “The Best Tenor You Never Heard.”

Johnson describes Monterose playing “was all his own, airy and full of weight at the same time, and rife with pleasing, weaving turns of phrase and a compelling, hard-edged honesty.” His best known recording in ensemble is not one many would guess:  Pithecanthropus Erectus, under Mingus, along side Jackie McLean.

He first popped up as a frequent sideman in 1955, on various titles for Prestige and Savoy recorded at Hackensack, and finally for Blue Note on BLP 1524 — ‘Round About Midnight At The Cafe Bohemia, under Kenny Dorham.

Despite his own Blue Note title, opportunities as leader were few and far between, but one arose in 1960, for the Jaro label, which gives us a picture of clean-cut young Monterose on the jacket, suit collar and tie, quite different to the stylised graphic profile on 1536.

The Jaro label offers the unpromising strap line – “Rank Records Of America“. Myself, I wouldn’t say they are that bad.

European recordings start at the end of the ’60s, in Holland, some radio broadcasts, recordings in Munich and Copenhagen, returning to the US at the end of 1979 to record for  Dr Bob Sunenblick’s jazz great’s archival rescue label, Uptown Records, capturing Monterose live.

From the inception of his label in 1979 to the present, Montreal physician Sunenblick produced and released 35 recordings under the label Uptown Records. including two Monterose albums, the second with Tommy Flanagan, of which I have yet to see in the wild: 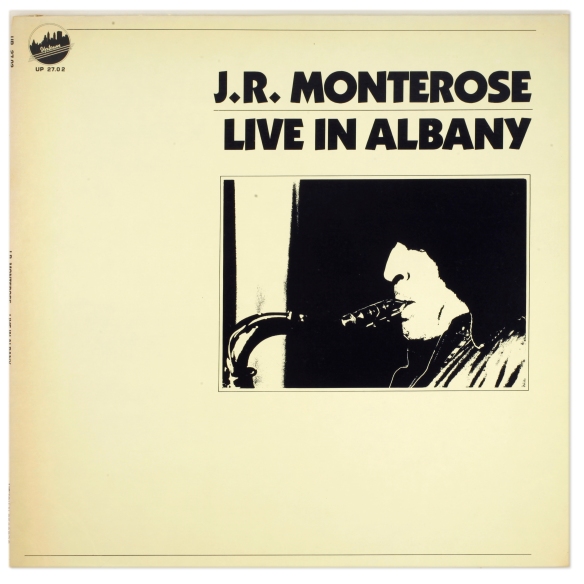 (rip to add at future date) 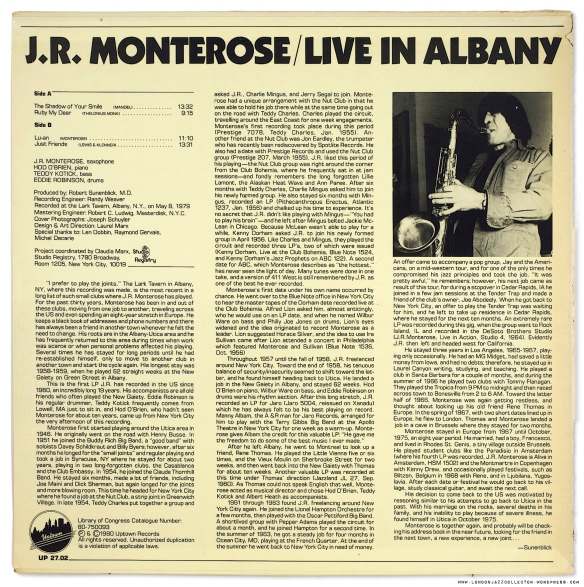 “Robert was one of the great jazz detectives, discovering previously unknown recordings by some of the greatest musicians of the 20th century. He was passionate about the music, backed by an encyclopedic memory. The ability to balance his work in medicine and record producing suggests an exceptional talent. In some ways we were all his patients, healing through his efforts”.

I have around a half dozen Uptown Records vinyl editions, and they are always something of interest, a labour of love. Many were not “historical recordings” at all, but brought together artists from Jazz history, to perform again in familiar musical territory but in modern times. Here for example, in 1985 Sunenblick brought together Freddie Redd and Clifford Jordan:

Uptown is a unique resource, I commend searching out some of those titles on vinyl, though later Uptown issued only CD. To be fair, I guess at that time, CD was thought to be the future. We all make mistakes.

Other titles by Monterose on a variety of labels in the 80’s seem to be on CD, though the Jazzland Rene Thomas album Guitar Groove is vinyl.

Love the shirt. And it’s never wrong to wear sun glasses in the dark.

Back to BLP 1536 (I guess a Francis Wolf portrait pictured above?)

Another day, another auction, a trophy in four figures, makes the Division of United Artists edition a bargain.

The play is less sure-footed, slower and more loose, Byrd’s solo is delightfully “improvised” in its flow and direction, the ensemble lacks the tightness of the Monterose rendition., but I love them both.

Notice the Abbey Mfg etching on the original RVG metalware supplied to Esquire, including the Abbey spindle groove ring, unusually on Side 1. Makes me wonder how that “Abbey pressing ring” appeared on an Esquire, Decca pressing.

This post was scraped together with a few bits and pieces prepared some time earlier. Due to  personal circumstances LJC will be out of action for new posts much of August, hopefully back in September. Strange times, strange things happening, but at least we have the music to keep us sane. At least those of us who  are still sane. I’m good for comments and questions, fire away. And if you see something that doesn’t look right…

Harry M., The Jazz Paparazzi, has thrown in some interesting pictures of two artists from this post, Horace Silver and Philly Joe, taken at the Jazz Expo 1968. 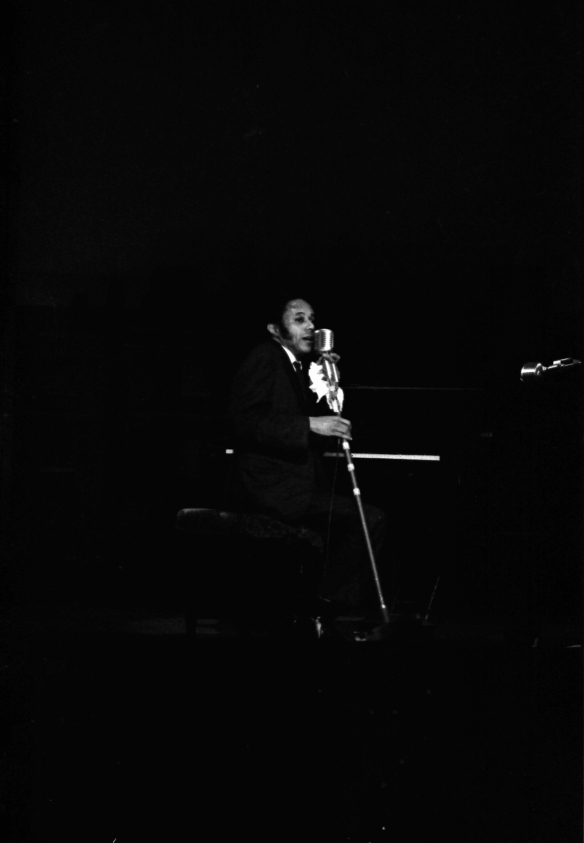 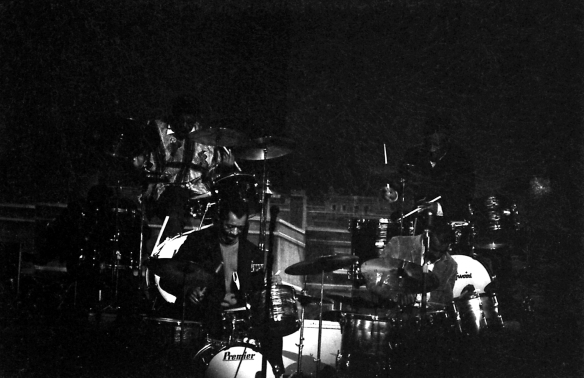 Thanks as always, Harry. Unique resource.