From 1958, Blue Mitchell led eight albums for Riverside, mostly with Wynton Kelly on piano, and from 1962, signing to Blue note, where he led a further eight albums for Blue Note including successor Liberty.  A cornerstone of the Horace Silver Quintet, when Horace disbanded the quintet in early 1964,  Blue Mitchell lost no time in stealing bandmates Junior Cook (tenor sax) and Gene Taylor (bass), putting  Al Foster on drums and recruiting a Horace replacement in Chick Corea.  For this quintet session in the closing months of Blue Note before Liberty,  Mitchell brought in Harold Mabern on piano and the mighty Billy Higgins on drums.

The horn partnership between Mitchell and Cook turned out to be one of the most enduring in all of jazz history. Junior said of Mitchell’s playing,  a “very warm, lyrical and melodic player. He was technically precise, had a beautiful tone and expressive quality like Miles Davis’s, warmth and great feeling.”

Blue stayed faithful to the jazz idiom, without jumping on the rock or fusion bandwagon. After Liberty, Mitchell went on to record for the Mainstream label, with whom I have had  a very mixed experience, some not great quality engineering. No, I’m being too kind, horrible.

After over a decade of touring and big band work, Mitchell’s final ensemble incarnation was the hard-driving Coltranesque Harold Land/ Blue Mitchell Quintet from 1975 to 1978, with whom he recorded the album  Mapenzi (Concord Jazz, 1978,) cinematic jazz, a large canvas soundtrack anticipating world influences, one of my enduring favourite albums of all time. Mitchell’s time was over too soon, age 49, in 1979.

Mitchell’s  legacy stands somewhat in the shadow of the premier league trumpet voices, Miles Davis, Lee Morgan and Donald Byrd, but he deserves not be overlooked. Aside from his own titles, there are many fine sessions to which he contributed, including the Horace Silver Quintet Blue Notes, Jackie McLean’s Capuchin Swing and Jackie’s Bag, Hank Mobley’s Hi Voltage, Lou Donaldson and Grant Green’s later titles, Blue Mitchell pops up as a reliable swinging and versatile performer. The price of versatliity? Perhaps lacking a distinctive uncompromising, singular voice, needed to pick him out from a crowded field of good trumpet players. But the bonus with Blue is his strong ensemble, and of course, the magic of Van Gelder engineering, which always makes listening a special pleasure, whoever is on the turntable or in the line up.

After weeks of dabbling in various national mutations of modern jazz, I thought to make time for the original classic genre of Blue Note.

The album mixes modal harmonies, lyrical moments and funky boogaloo grooves. Carefully constructed tunes with pungent rhythms, rich harmonies, inspired melody and a kind of raw eloquence brought about through the interplay of Mitchell and Cook.

Interesting that against the rise of stereo in the mid 60s, the notes designate this copy as “Monaural” in big letters.

The inner sleeve is the second “27 Years”,1966, Dexter Gordon on his bike, Gettin’ Around, Column 6, Row 4, used solely for sleeving Blue Note to Liberty transition pressings in the  second half 1966 and early 1967.

. Once again, Harry M  has his finger on the pulse, and the shutter: Blue Mitchell  with John Mayall, 1973 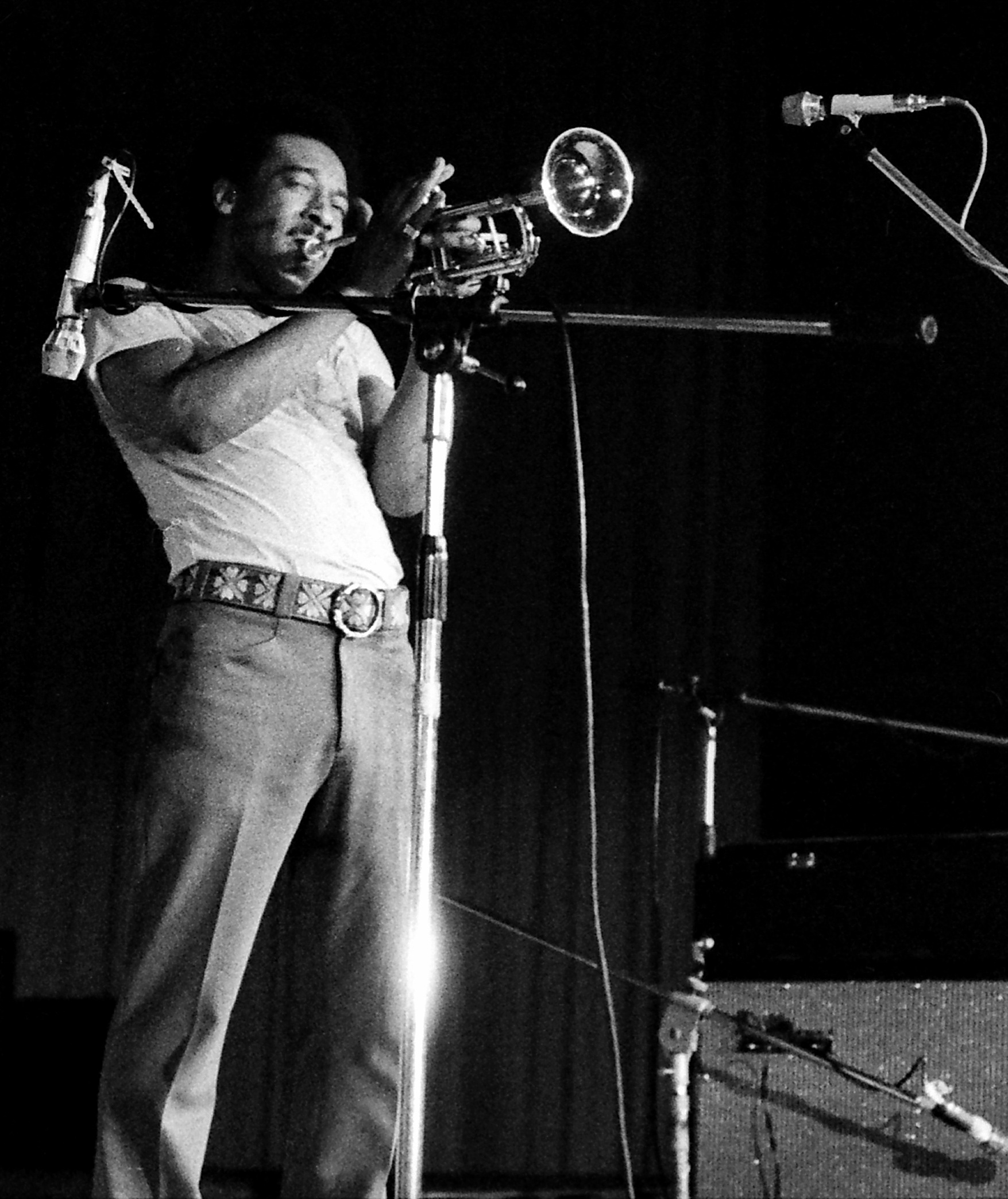 Like many owners of the music, Universal Group pre-empt people uploading copies to Youtube – by uploading it themselves. Unfortunately, this method usually entails comments being disabled, which are often the most entertaining companion.

This album is in the “affordable” Blue Note bracket. It is not Holy Grail, but .. it’s available, and there is a lot to be said for that.

I see Blue Note (Classic Vinyl) have just put out Jackie McLean’s Destination Out! I have the original, so not one for me. Juno say it is out of stock, which means either the preorders have taken up their allocation, or the release date January 21, 2022,  was a trifle optimistic.

If I didn’t already have it, I would be on the case. I’m interested if readers have any feedback on the reissue. (I assume it has the Kevin Gray pedigree, it should sound great.) Good to see all these classic titles being given a second lease of life.

Postscript – WordPress has introduced unwelcome functional changes – I can no longer manage which image is the primary one for a post. Nuisance but not fatal.