Blue Mitchell’s unissued debut album for Blue Note stars Joe Henderson and Herbie Hancock, plus former Dizzy Gillespie altoist Leo Wright, who give the session a polish that is hard to resist. Where else would you hear a line-up like this? The sextet gives the ensemble a richness of tone and voice, with three part harmonies from the horns. An easily overlooked gem, in the inexpensive United Artists Blue Note Classics LT Series.

The selection “Cry Me A River” immediately wraps you in a film-noir cityscape, a vibe similar to Howard Magee’s immortal Dusty Blue, Benny Golson’s  Park Avenue Petite . Plus the latin swinger Mamacita from Joe Henderson, featured on his own album The Kicker.

Step Lightly went unissued until 1980, too late to be appreciated by Mitchell, who died the previous year, in 1979, aged only 49. Mastered by United Artists house engineer Tony Sestanovich, of whom nothing is known, but a Van Gelder recording, always top notch.  Etchings: LIT-N or L1T-N and catalogue number LT 1082 with some kind of added work process numbers, nothing very informative.

Michael Cuscuna found the original session tapes in the vaults, a Van Gelder recording unplayed for seventeen years. The session has the Englewood Cliffs Van Gelder sound from 1963. The LT Classics Series predates digital artefacts, and UA engineers understood their craft. This may have been nearing the last gasp of vinyl quality but it still has it, in spades.

Jazz paparazzi Harry M once again finds his lens pointing in the right direction, Herbie Hancock and Blue Mitchell, at the right time, 1973, Sydney Australia. Harry is a great resource of original photos from his archive, a musical time machine, who never fails to delight.

When I first started collecting Blue Note, I looked down on these Blue Note Classic  LT issues and I was wrong. The LT Series  is a treasure trove of great recording sessions, by the best Blue Note musicians, sessions recorded by the–wizard-in-black, but squeezed out of the release schedule by the commercial judgement of Alfred Lion.: one, two or only exceptionally three titles a year per leader (unless of course you are Jimmy Smith).

Many more sessions were recorded than released, and those that were released saw an average of 10 months between recording and release, so Alfred Lion could curate the winners  and juggle the release schedule .  Step Lightly misstepped, and simply fell by the wayside.

Shortly after the 1980 United Artists Classic LT Series release, UA partner in Japan, King Records, put out their own edition, GXK 8182,  graced with a more authentic “Reid Miles-like” cover, that does Blue more justice, than the ghostly shroud play-on-words LT cover. Doesn’t that express the tone? 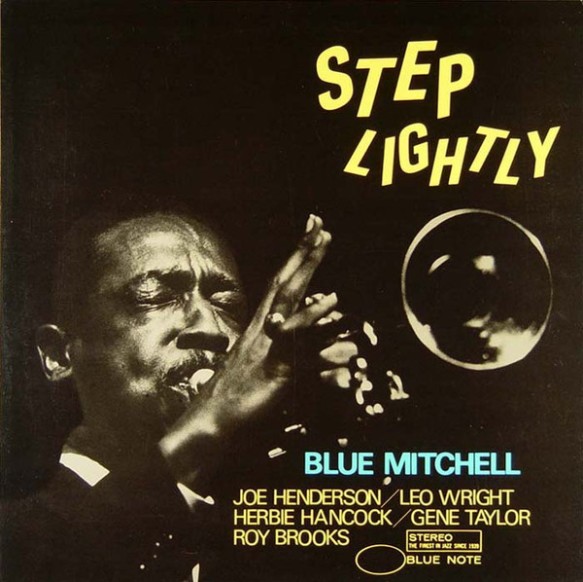 Two versions of the title track Step Lightly are found: one on this  LT Series 1963 session, another on the Blue Mitchell title BLP 4178  The Thing To Do released in 1964.The LT session offers you the young Herbie Hancock seated at the piano, The Thing To Do title seats the young Chick Corea at the keys. Check how the two different Mitchell ensembles tackle the same composition.

To my ear, the LT edition has  an easy uplifting swing, better timing compared with the slightly mordant pace of the official Blue Note The Thing To Do release..

$200 seems an expensive way to acquire two “Tone Poet”-standard remasters,  if you don’t want more from the current Blue Note roster.  Don Wass is treading a difficult pathway combining artists from the vaults with contemporary artists, in a “book club” type subscription. I’d happily buy Step Lightly simply as a Tone Poet or Blue Note Vinyl Classic, but not through “book club” membership. 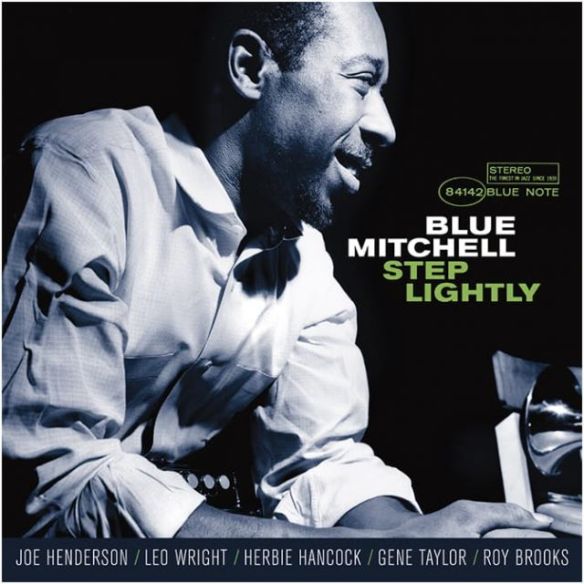 Most  of  the  current BN  roster of artists   included  in  the boxset  may  or  may  not  be  to  your  taste – Gregory Porter, Terence Blanchard, Derrick Hodge, Kandace  Springs, Dr. Lonnie  Smith , but  there  was  also  an  intriguing  Wayne Shorter  title  in  there – Zero  Gravity #913.

Bumper crop of pre-order premium jazz titles scheduled for April and May this year, from Blue Note, Tone Poet, Verve, and Concord, all audiophile remasters. Sadly or rather fortunately,  I have almost all of them already, but that Mobley Curtain Call is definitely calling me, watch this space.  I’m passing on Grant Green’s Latin Bit.

Meanwhile, over at DECCA, custodians of the finest of 60’s British Jazz, my mailbox reveals  a different set of priorities. Not a spoof, though it would be a good one, today is apparently WORLD SLEEP DAY and Decca offer six albums to celebrate it..  All I can say is Decca, Wake Up! The world is bristling with superb modern jazz audiophile remasters, and Decca dish up tranquilizer-music.

Tonight I will crank up the volume, no one sleeps on World Sleep Day around here