Everything sounds better when your equipment is mounted on cones. 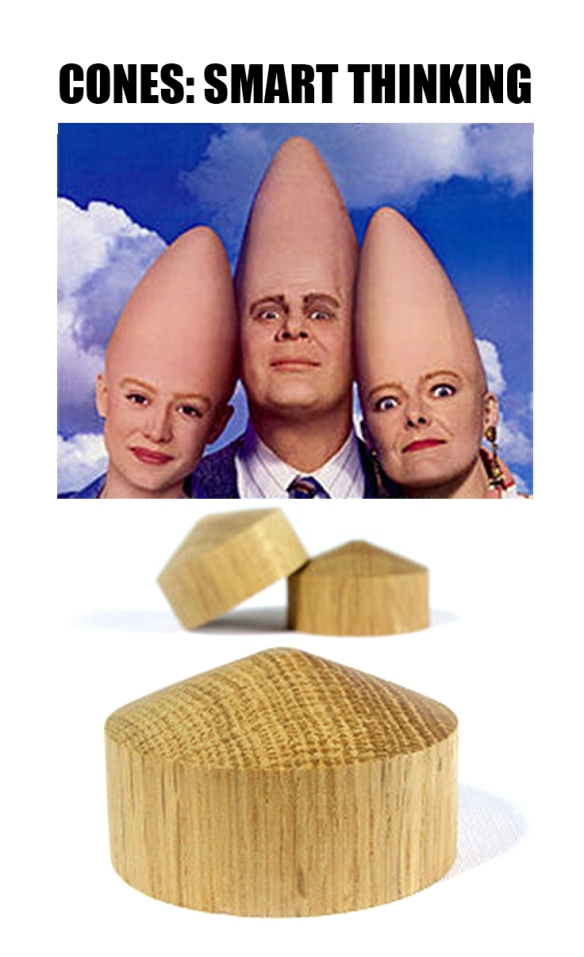 I know what you are thinking. LJC’s finally lost it. What comes next?  No,  don’t tell me, everything sounds better with a banana up your left nostril standing on one leg in a bowl of jelly.

I am deadly  serious. Oak cones. Jumbo oak cones.Three of them to be precise. Under everything. Triangulation provides stability. That is why a milkmaids stool has three legs – it is stable support to sit apon, whatever the variation in levels of the surface. Three feet good, four feet bad. Why are so many things given four points of contact, when what often happens is three make stable contact and the fourth wobbles.

All your equipment is vulnerable to airborne and supporting surface borne micro-vibration that affects the operation of everything. Casework vibrates, moving parts vibrate, loudspeakers push air, turntables turn. what your equipment requires is decoupling from vibration, and a means to drain off micro-vibration to make it “acoustically dead” and inert. Then and only then, the only movement allowed is the vibration of the stylus in the record groove, and the movement of electrical signals through wires, free from any other source of vibration.

That is the theory. Simply test with and without cones and be amazed. Forget the theory, it sounds incontravertably significantly better with the cones in place. I have tried every piece of equiment, from amplifiers to power supplies and in every case the music is more musical with cones. Its crazy but it works. 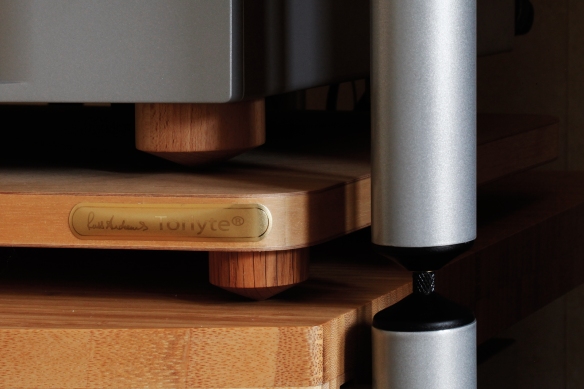 I go one further – an acoustically inert support shelf (Torlyte from Russ Andrews) – itself mounted on three cones, and then the equipment mounted on cones. Nothing around here moves without support.

The end result is the delivery of sonic detail, a delicacy and a truthfulness of every note having its own rise and decay unmasked by woolly muddy interference. Without cones you haven’t heard how good your equipment is. It will say thank you for your support.