Esquire labelography, from my personal collection. The “Decca” outer rim deep groove fairly consistent up to around 32-078, replaced by a different but equally, consistent stamper centre die impression on the remainder of the series.

Viewed at full screen on desktop monitor 2,000 pixel wide, each label should still be readable. Not smartphone or tablet recommended.. 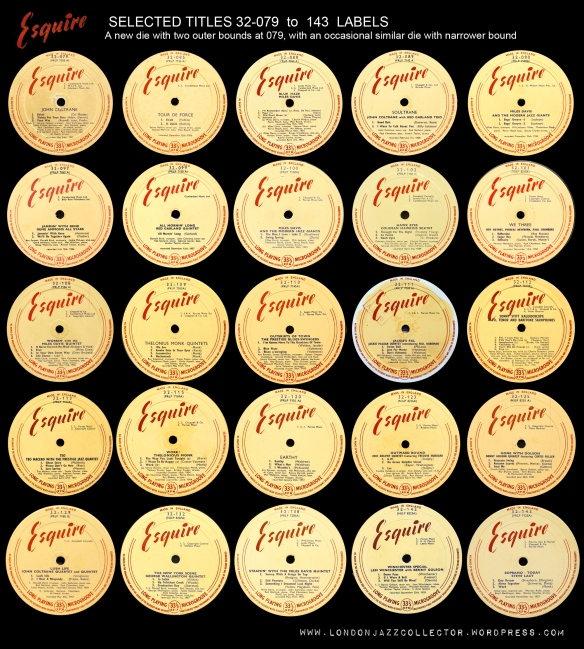 The first outer rim deep groove is consistent with Decca pressings for other labels of the period, such as London American Crimson Silver series.

Inner sleeve of Decca style, for at least part of the Esquire series. 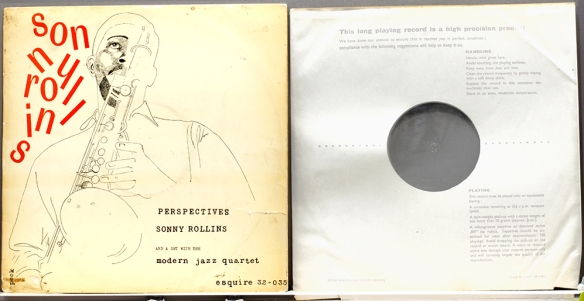 A strong Decca connection, but not 100% consistently.