Very rare, a label sent me by LJC reader Eugene M, looks like a vintage Interdisc-licensed Riverside title pressed by Victor, from the ’60s (a 1962 recording). The pressing die ring is almost deep groove, not seen since the early ’60s. 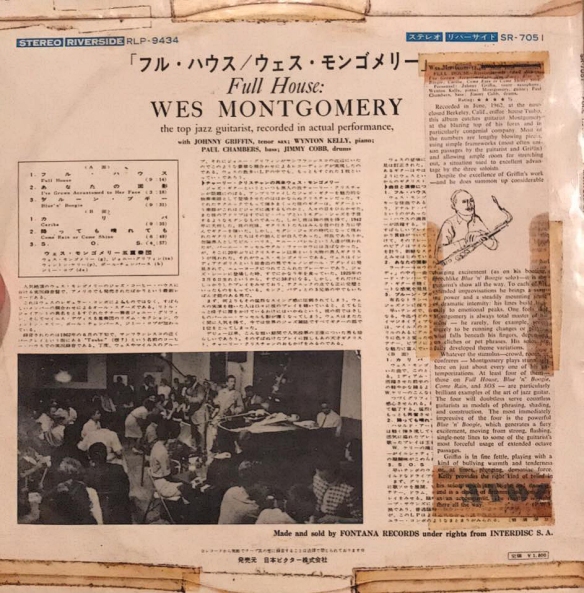 Fantasy Records, owners of both the Riverside and Prestige labels since 1972, will have been aware of the success of United Artists  with the Blue Note reissue programme in Japan. To capitalise on its own jazz catalogue Fantasy licensed Victor Music Industries to reissue select titles from their Prestige, New Jazz and Riverside catalogues.

Cheekily, Fantasy issued some recordings by altoist Ernie Henry – a little known name as he died soon after, hence the album title, but the recording session featured numerous high profile names from the Blue Note world. 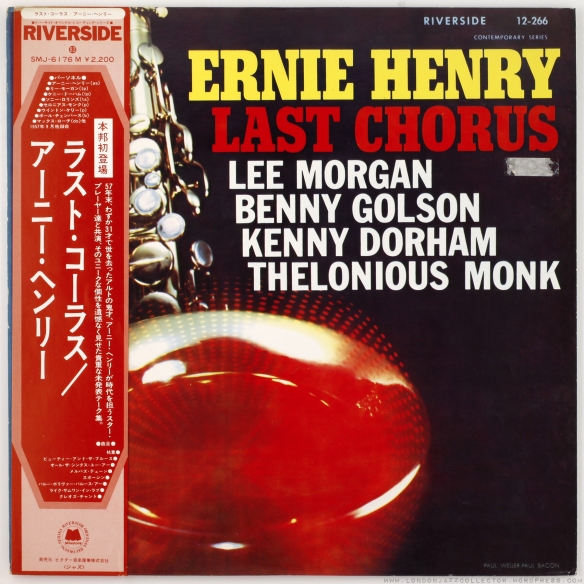 Victor are a bit of a mixed bag. Some are fine, but too often the top-end is rolled off and lacking in dynamic range, something engineers thought countered tape hiss, but which stunted the sonics at the same time. 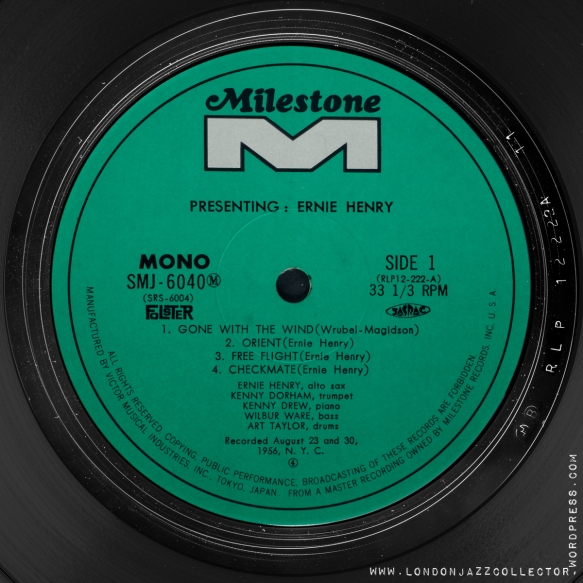 I recall not being very impressed with the sonics, somewhat bland, lacking the visceral punch you would expect from a lineup like this. Recorded for Riverside in 1956.

The use of the Milestone label design rather than Riverside may be connected with  Orin Keepnews , who was head of Riverside, which filed for bankruptcy in 1963.  Orin then founded Milestone in 1966 to continue publishing music. Virtually all Riverside masters were acquired Fantasy Records in 1972 but perhaps some like this remained in the ownership of Keepnews and Milestone.

10 thoughts on “Riverside in Japan”