LJC Illustrated Reference Guide to the label of 1st pressings:

WHITE PROMO, orange label not yet found, if exists: no credits, no address

Pictured, the  label of original first pressing of every title released in mono by Impulse  A-1 through to A-9165.

A-26 to A-50 Transition from Am Par to ABC-Paramount Records Inc. 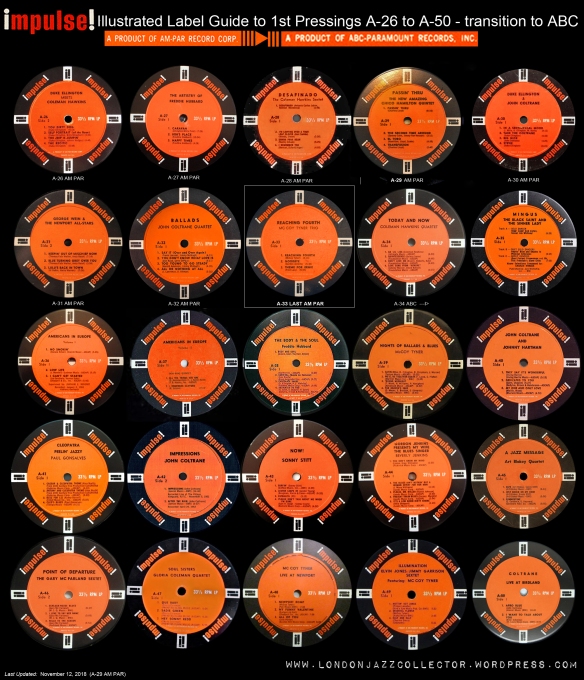 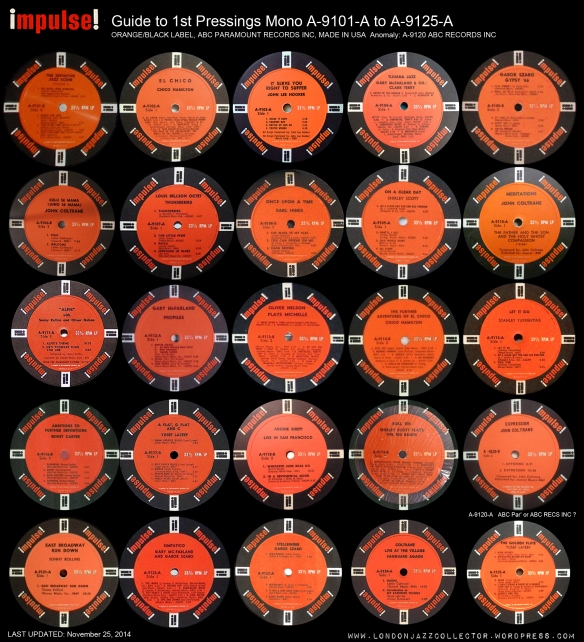 A-9126 to A-9150 Transition from ABC Paramount to ABC Records Inc. Mono increasingly found only on white label destined for radio play/ promo; commercial releases are stereo

Thereafter, AS-9166 and higher, the Impulse imprint became Stereo-only.

A few titles in the run up to A-9165 are not found in mono. The final run of mono releases may only have been white-label promotional copies destined for radio play.

This Guide relates to US pressing. European pressings, which were mastered locally from copy tape ( see ♪), may have continued with mono format for some time, insufficient information has been collected at this time.

♪ Note – exceptionally, a European edition of an Impulse title has been seen bearing  Van Gelder stamp, indicating use of original US metalware . The title in question, Oliver Nelson Blues and The Abstract Truth, may be unique of possible one of a number of Italian Impulse pressed in this way. It was common practice between Prestige and UK Esquire in the late ’50s/ early ’60s so there is a precedent, but it is otherwise a rare form of overseas distribution.

Eagle-eyed reader Rob G spotted this late series mono title, A-9152,  on orange/black label, among a hoard of white  promo label Impulse LPs, no doubt collection of a disk jockey or radio station. 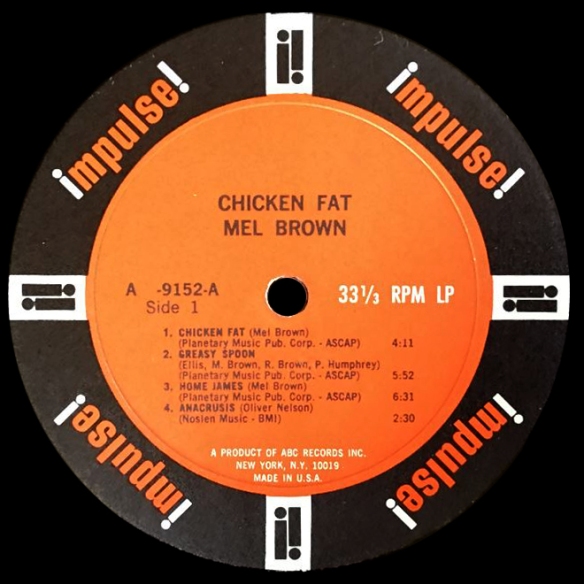 Possbly a rare example of a promo issued on a regular label, but not a commercial mono release.

UPDATES August 12, 2018 – addition of missing and improved quality label-shots courtesy of record collector and Impulse completist Maurizio, my thanks.