Based in New York and Hollywood, Bethlehem Records was founded by a Swiss émigré, Gus Wildi, in 1953.  The label embarked on jazz releases produced  among others by its A&R man Creed Taylor. The label distinguished itself by giving it’s artists significant creative control and was among the first to recognise the power of album cover art, many designed by Burt Goldblatt. Taylor left Bethlehem in 1956 to join ABC-Paramount , where he went on to found Impulse! Creatively, Bethlehem never really recovered from the loss of Taylor.

Bethlehem licensed London Records for releases in the UK, many with original Goldblatt covers and superior pressing by Decca, making the first UK releases an attractive alternative to US Bethlehem originals.

In 1958, Wildi gave Syd Nathan’s major label King Records half ownership in return for distribution and in 1962 sold  the remaining half to King Records who subsequently allowed Bethlehem to fade away. It is now owned by Verse Music Group (VMG), who are reissuing much of the Bethlehem Catalogue during 2013, including vinyl with “fully restored, original artwork and liner notes”. And deep groove? Speak up.

Insightful interviews with Bethlehem founder Gus Wildi and regarding Burt Goldblatt which repay reading, are hosted at the site of artist Tyler Alpern (“the Picasso of Pop“) 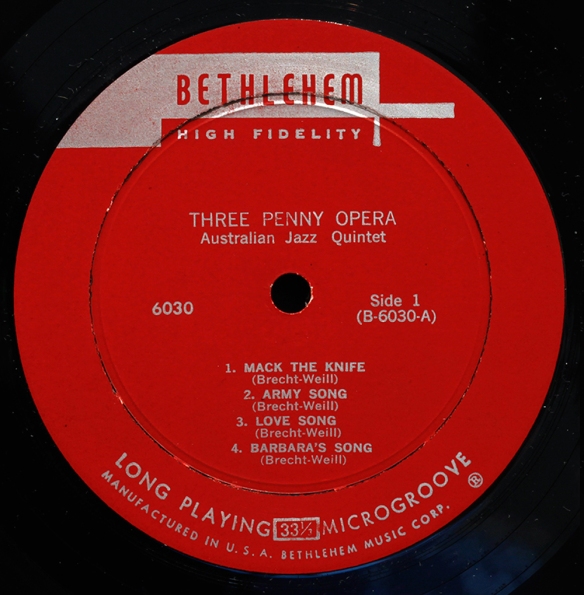 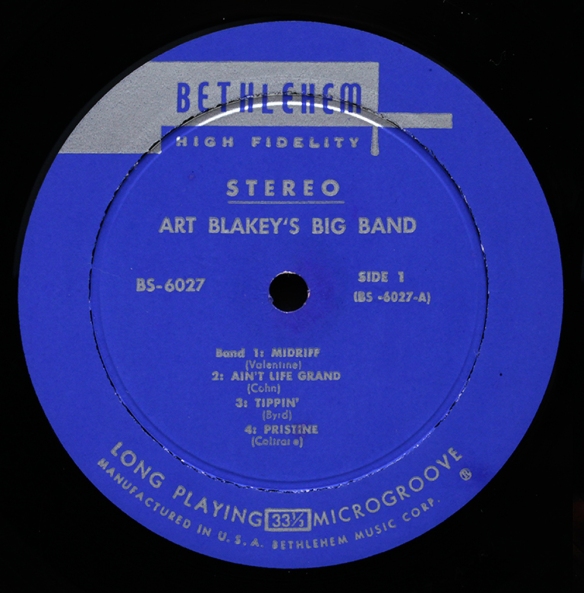