More on Van Gelder’s development as an engineer here.

Interior décor, leaves something to be desired, table lamp luckily back in retro-fashion, but the warmth and intimacy of sound generated by adapted German valve microphones, and close proximity of the musicians in a small space with a low ceiling, that’s Hackensack sound. 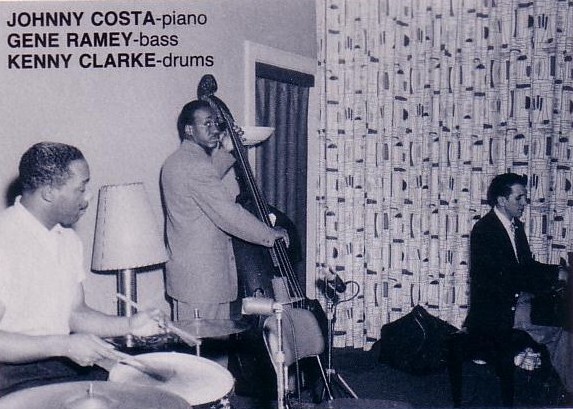 Seen close-miking: mike hovering over a cymbal, over piano body, and drapes across the windows, concealing wooden shutters. 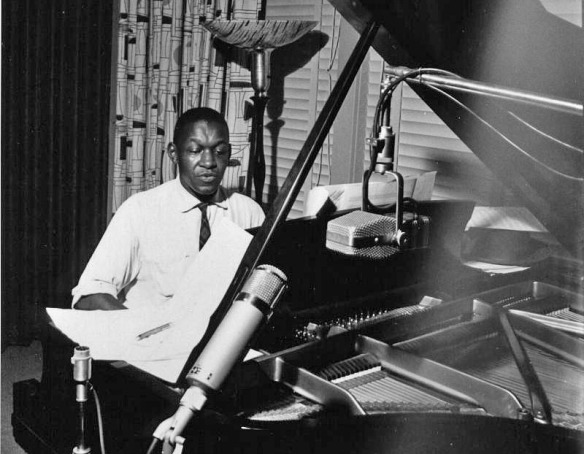 Don and Maureen Sickler maintain the  studios for posterity.

Columbia’s secret acoustic weapon was also a reverb chamber below. The hard-walled basement provided an auxiliary reverberation chamber, layering its ambience on top of the natural acoustics of large spaces.  The signals from the left and right channel studio mikes were piped down into the chamber and back up into the mixing desk.

Englewood Cliffs  acoustic space , pictured at the  launch of the “lost” Coltrane title Both Directions at Once. The ceiling construction is made of cedar panels and Douglas fir arches

The more impressive Englewood Cliffsover Hackensack owes much to the larger space, the exclusive use of close condenser microphones, and the adddition of an EMT Plate Reverb, – “the use of reverb, whether natural room, chamber, or plate, practically defined the “hi-fi” era of music”

German company EMT (Elektromesstecknik) made a huge breakthrough in 1957 with the release of the EMT 140 Reverberation Unit—the first plate reverb. EMT was birthed from the Broadcast Technical institute in Nuremburg and the Institute for Broadcast Engineering in Hamburg. EMT in its day was by far the most popular developer and manufacturer of artificial reverb solutions for the recording industry. EMT was the forerunner of the field.

And what are the defining sonic elements of a plate?. The sound is dense, with heavy diffusion. The sound is wonderful, warm, open, and natural. Plates are still widely used in many studios—the only drawback is the enormous size and weight of the devices. An EMT 140 weighs 600 pounds. ( =270 kilos – a little less than  four men of average build)

The a plate reverb is made up of a large (2m x 3m), thin piece of sheet metal suspended from a steel frame by spring tensioners at each corner. An electrical transducer mounted to the center of the suspended plate induces plate movement, which creates the effect. One or two (mono or stereo) pickups are mounted to the plate as well, for the reverb return. A damping plate controlled by a servo motor, allowed adjustment of the reverb time. All of these simple elements were built into a heavy wooden enclosure.

Typically the engineer sets his decay with the damper control, and runs the reverb return through additional EQ at the board for greater tone shaping capabilities.

The 140s are generally the favourite plate of the audio community, but many fans of the plates were not crazy about the original electronics, and a lot of the units were later retrofitted with updated electronic components. In 1961, EMT hit another first by adding a stereo return- the 140 is still considered the de-facto system for the best in plate reverb.