Atlantic records were released in Japan primarily through the Warner-Pioneer Corporation. The label is pretty well indistinguishable from the conventional Green and Orange label in use in US and Europe, with its own catalogue numbers and the US original recording (in this example, issued on  Atlantic 1235) is acknowledged only on the cover. 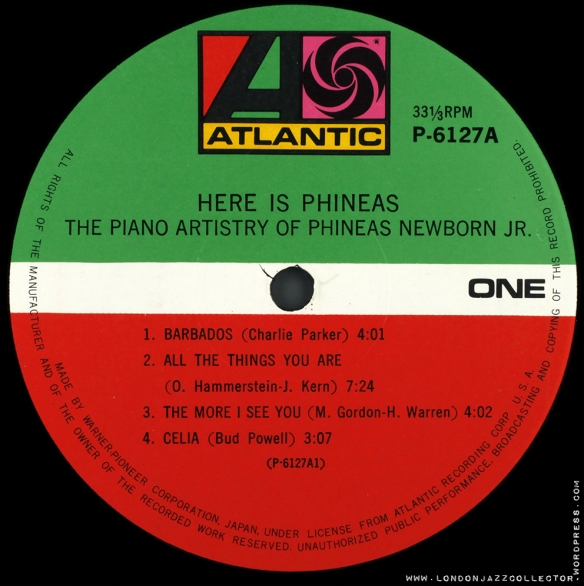 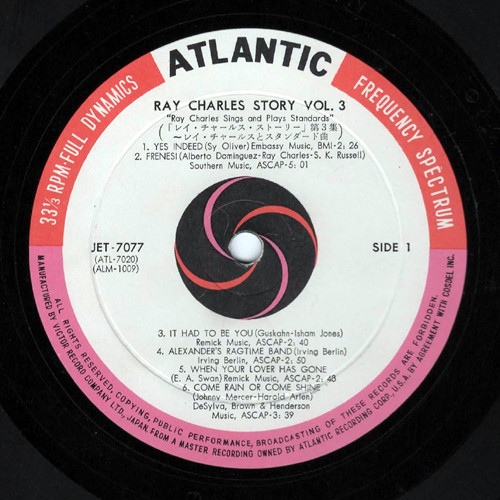 Above, a revival of the classic Atlantic black label, thought to be early ’90s, manufactured by MMG Inc. (Metro Goldwyn Mayer).

6 thoughts on “Atlantic in Japan”