Bleyer eventually sold the parent company Cadence catalogue in 1964  to singer Andy Williams, who set up Barnaby Records to manage it. This included the Candid catalogue and reissues on Barnaby Records are not uncommon on the second hand shelves. Mr Barnaby  (pictured) was Andy Williams dog. Who sang better is for debate.

At the end of the ’70s Candid recordings were reissued by a US company GRT Corp. Janus Records  then again in the 1980’s by a German enterprise Phonoco, and  Alan Bates’ London-based company, Black Lion Productions. None of these re-issues show any trace of original metalware, and were remastered locally, source unknown, and the quality is a bit hit and miss. The best quality is the individual artist collections by Michael Cuscuna’s Mosaic label, under titles like The Complete Candid Recordings of Cecil Taylor/ Charles Mingus etc which are most likely all from the  original tapes.

Because  the Candid catalogue has been extensively reissued and the originals are unusually light for 1960s NY pressings, the characteristics of the run-out and deep groove uniquely help identify original pressings from later re-issues. I have seen British, German and Japanese reissues. Originals are rare and valuable. 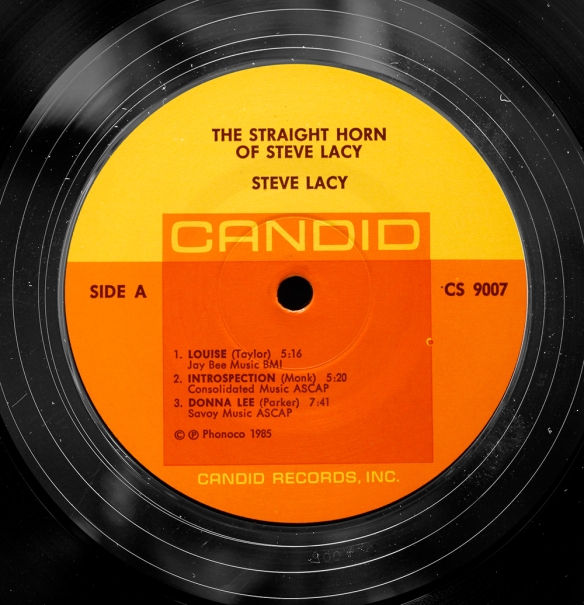 Self evident it bears no relation to the original. A faint catalogue number is all that identifies the vinyl. Record jacket liner notes are a straight copy of the original, nothing to indicate it is a reissue. Inexpensive. Audio quality comparison with original – unfavourable.

Common feature in Japanese pressings is a count of the number of tracks, in this case, 3. No indication year pressed, probably again 1980’s. .

Barnaby Records, founded 1970 by singer Andy Williams who named it after his beloved dog Mr Barnaby. Barnaby/Candid titles look like 80’s reissues but are a lot closer to vintage than you might expect.

In the example above, Mingus Candid Recordings, matrix codes 31034 2A and 2C confirm these are re-mastered and not repressing from Candid masters, vinyl weight a meagre 109gm. Audio quality just about acceptable, they deserved better, but you can’t fault the music, and hardly expensive at around the $20 mark .

Really nice lively pressing and stereo, which is rare and impossible to find in the 1960 originals, though they do exist. Significantly superior to the 1985 Phonoco reissues, which irritatingly use the original Candid catalogue number eg CS 9004 making it harder to tell if they are original or reissue (Barnaby distinguish their own releases as shown, here is 9 BR 5020 ) 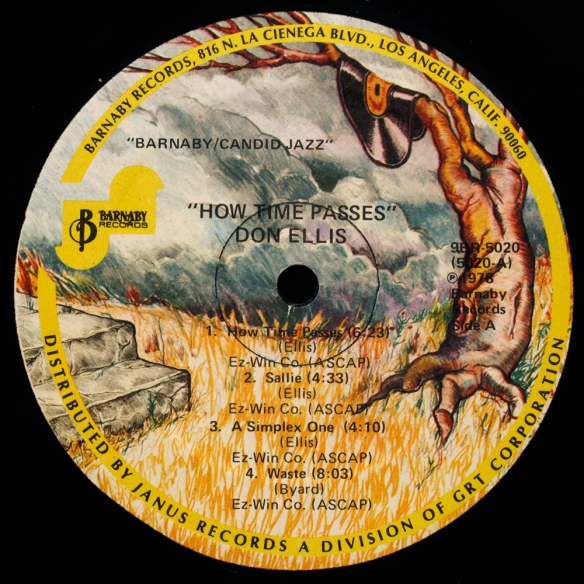 Now twice removed, Candid CBS Barnaby, a European reissue manufactured and distributed by CBS, pressed in Holland, bearing the German GEMA royalties collection agency name.. No indication on the label of its origins but Barnaby Records credited on the cover. “Air” appears on CJM 8006 The World of Cecil Taylor (recorded 1960) others among the recordings acquired by Barnaby 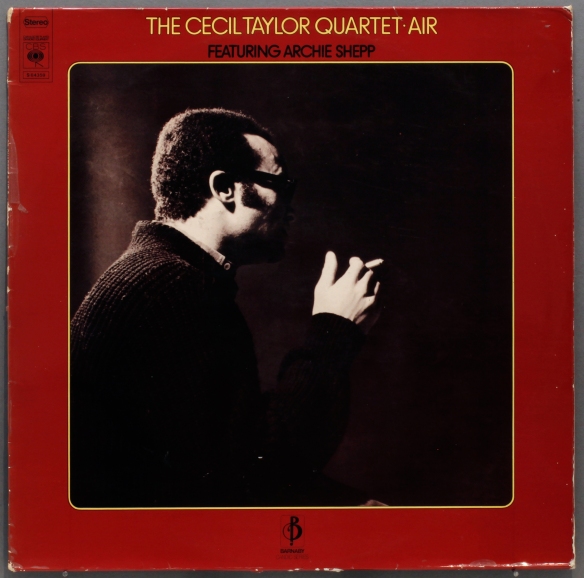 In one shape or form, the unique 1960-1 Candid catalogue manages to continue to be available.