The 9M etching found in the run-out of 10″ Blue Notes, many of the 1500 series pressings and a handful of the early 4000 series title.

The variety 9M is uniquely found on Blue Note and not any other alpha-numeric permutation.

Blue Note wasn’t the only label Plastylite pressed. In the early days they also pressed for a number of record labels including Prestige, early copies of which also bear an additional etching which follows the same numeric/alpha pattern. Each code is likewise uniquely associated with that record label and found on no other label.

Plastylite, (or a supplier to Plastylite) is the common connection with these codes, which are additional to and do not form part of the matrix code of that record

An 8J seen on New Jazz ( 8J has been seen before on Prestige titles, usually with the tail of the J facing the wrong way, here it is seen facing the correct way. Prestige is associated with the 7E custom-code, so the significance of the 8J is unclear).  4Y found on the Circle Sound (of NY) label, and 5H on the Vox label

Including those pictured above, and Riverside 14 capital I, that gives us a total of 9 distinct custom-codes.

Below, an early Prestige title with “ear”  and code, 7E

Interesting variation on Prestige 7E, appearing on Esquire pressed in UK with the same metal as PRLP 7001. Whilst the RVG and matrix are very small and faint, the 7E is in a different hand, large and well formed, probably not applied at the time of mastering. 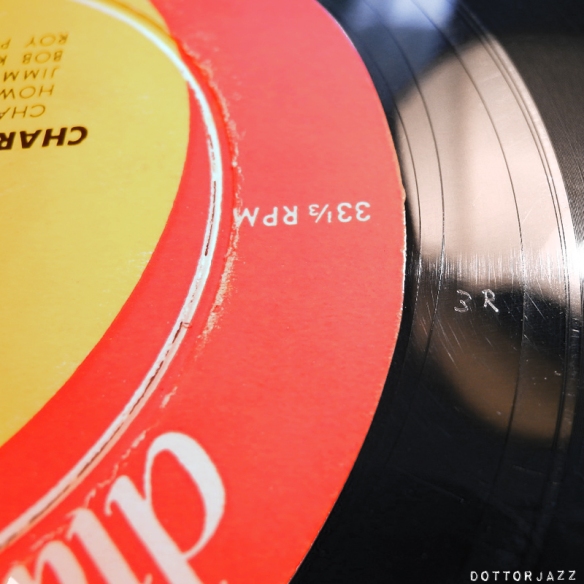 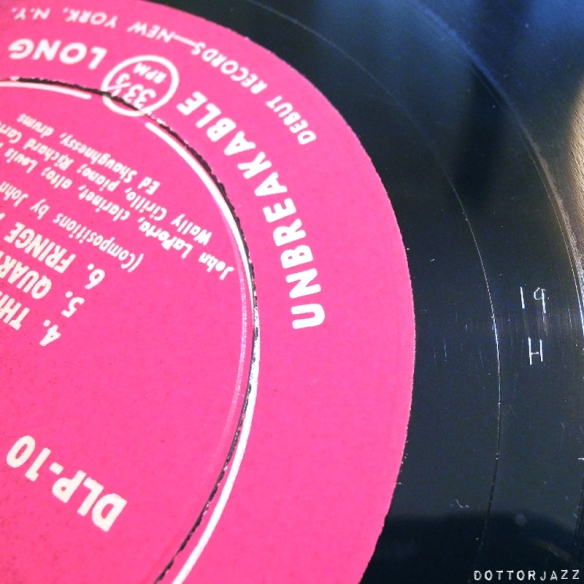 Found on a 2nd pressing of RLP 12-223 Bill Evans New Jazz Conceptions (1956) utilising original master metalwork. “14 I” noted on both sides in the familiar “9M” format, number on top, alpha below, in an open hand. The “I” has a bold seriph top and bottom. There is no Plastylite “ear” since the ear was added at pressing, and this Riverside second press from early ’60s was not pressed by Plastylite, however carries the code from its 1956 original acetate.

Further confirmation that the 9M found on Blue Note  was but one of a number of “customer codes” assigned uniquely to a number of record labels, now known to include very early Riverside. 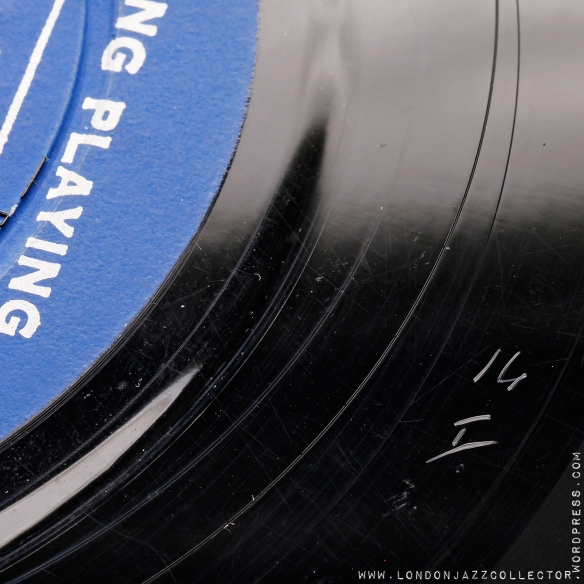 9M was one of a range of numeric/alpha codes identified with metalwork destined for various labels pressed by Plastylite, possibly others, applied at some point in the chain of manufacture either by a metal-plating department of Plastylite or a supplier to Plastylite if plating was done externally, to them and maybe others.

9M etching ceases as a fairly continuous run at the beginning of 1959 at BN 4001 Sonny Rollins Newk’s Time, though there are a dozen or so titles beyond this beyond this point as high as BLP 4106 (Jackie McLean Let Freedom Ring, released April 1963).

9M appears on both sides of this RVG STEREO master, discovered on a United Artists re-issue dating from 1975 (legacy RVG metal used for pressing by United Artists, )

The last 9M (or so I at first thought, wrongly) 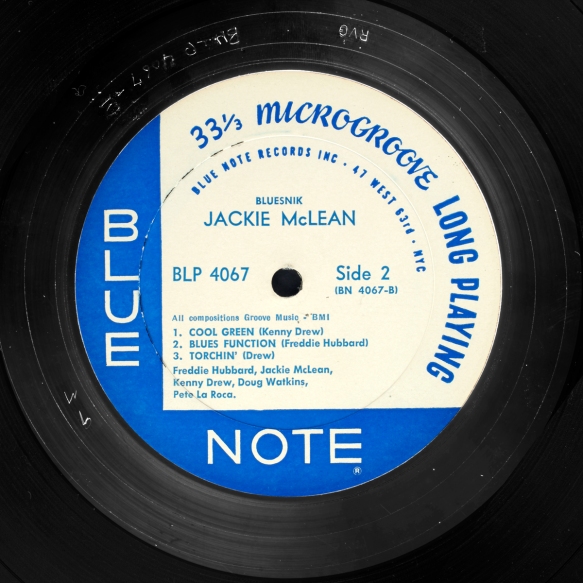 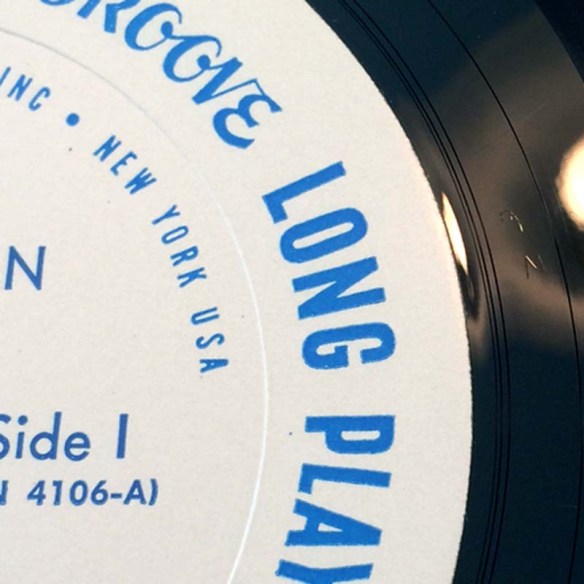 It’s a stretch to figure how this appeared as late as April 1963. My thanks to JimR for his discovery.

Unlike the Plastylite “ear”, which disappeared in 1966 when pressing was moved from Plastylite to new Blue Note owner Liberty’s plant All-Disc, the 9M continued to pop up occasionally on Liberty reissues of Blue Note 1500 series, an exact matching copy of all etchings and stamps to the earlier pressing (apart from the Plastylite factory-applied ear) It seems Liberty had access to legacy metalware (acetates, mothers, stampers)  which of course bear all the original etchings ie matrix codes, RVG/ VAN GELDER stamp, and 9M. It’s great when you find these things, because you know you are listening to vinyl pressed from the original Van Gelder master.

LJC  hypothesis on the meaning of “9M”

The numeric/alpha additional hand- etching “9M” s found on around two thirds of Blue Note pressings in the 1500 series and a handful of 4000 series, all  manufactured between 1956 – 61. It uniquely identifies Blue Note, and  a number of similar unique codes (one number one letter) are found on other similar specialist record labels of the period.

The most plausible explanation is that the etching is a custom identifier on metalware, in an  early stage of the vinyl manufacturing process. “9M” means client “Blue Note”, in a setting where a range of similar looking metal circular plates needed identification at client-level, be it for routing, accounting or some unknown other purpose.

The common format of all these codes – Numeric/Alpha – also eliminates another alternative hypothesis, that the Blue Note etching might be read upside down as “W6”. 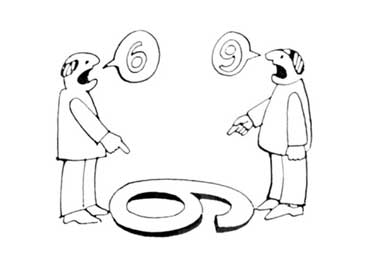 The latest information from collectors identifies that around a third of Blue Notes from this period do not carry a 9M etching. There are also conflicting cases, albeit rare, where a specific title and format (mono or stereo) is found both with and without a 9M. This raises the possibility of 1st and 2nd cutting second masters, and different consumable item (acetate) suppliers.

The link between Blue Note, 9M, Plastlite, and Van Gelder mastering remains tantilisingly close. But we do not yet have all the pieces, though we have a lot more than when the enquiry set out.

Credit for research into these etchings is attributed to  LJC readers, including felixstrange, Aaron, Dottorjazz, Rudolf Flinterman, Jim R and Peter A

LJC reader and Blue Note collector Jim R has kindly contributed a most comprehensive  listing from his own collection, which confirms the presence or absence of a “9M” etching  in the run-out.  In 75 titles between 1500 – 4001 for which we have sight  (not all titles have been validated and remain to be classified – data blank)) around 50 titles are known to bear 9M and around 25 are known to have no 9M etching at all. Thee titles have 9M on only one side.

If you can fill in information on the missing titles in the 1500 series, or have something different to add, mail me or add to comments.