Head to Head: A while back I auditioned a modern audiophile pressing against an original vintage first pressing, and came up with some surprising answers, and stirred up a hornets nest in the process. I count controversy a success, so back into the fray with another go, this time the mighty Music Matters goes head to head with, umm, United Artists. Why not? I’m never going to afford to win the original Blue Note – I’ve been trying for five years.

So lets see how some of the less expensive alternatives fare, for must-have music  – hear what happens When Collectors Tighten Their Belts.

Contender Number One: in the blue note corner, weighing in at 190 grams, with a huge fan-base in the audience right now, heavyweight champion of the audiophile reissue, Music Matters. (cheers, whooping, high-fives)

This is a must have album, it is almost impossible to pick one track as they are all very fine. Hubbard is at his best form around this time, and you get Tina Brooks in generous measure. That is a winning formula and is also one of the most collectible titles in the Blue Note catalogue.

It’s got an ear – around 1 o’clock. I do love that touch. But no RVG, of course. 47 West 63rd NYC label , attention to detail, but the pressing mark is I think a standard Capitol 32mm die impression not the regular 75mm Plastylite DG/ or non DG die impression. – it would never be seen on an original Blue Note. Could this be one faux-pas too many? 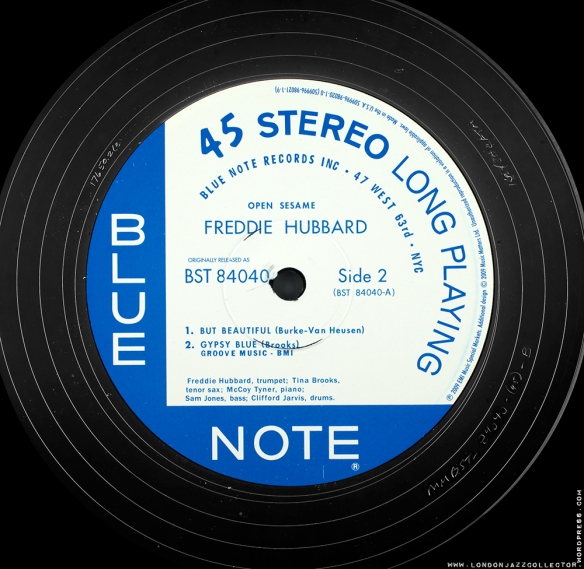 Two 45 rpm, that’s a lot of exercise going to and fro the turntable, but its good for you.

Got to love that gatefold cover, truly amazing archive photography, beautifully printed. Why aren’t all records like this?

Whoa! Not so fast! Unconvincing liner notes! Pull over – traffic citation. These are shiny like the front cover; liner notes were never laminated, that was reserved for covers. Too luxury I feel. I think it would have looked better as thin paper paste on, catalogue number Blue Note 4040 but with the large gold STEREO sticker. There is something about seeing that stereo catalogue number that puts me in mind of a few less than satisfactory vintage stereo mixes. 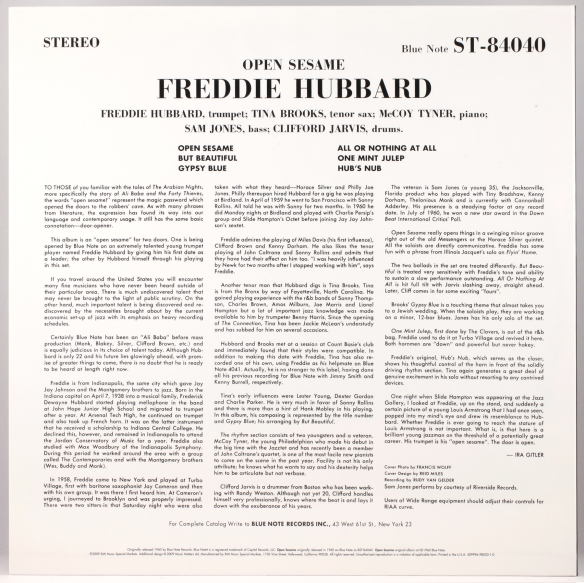 Contender Number Two: in the cyan corner, The Div,  weighing a mere 131 grams, Division of United Artists. An early Seventies reissue, still standing at 42-years old  but can The Div  punch over its weight? Can classic original mono hold its own against the fancy footwork of the new Stereo Kid on the block? Lets hear it for the underdog ! (boos, stamping of feet, whistling, “get it over with MM,  the beer’s gettin’ warm’!)

We will find out…

Oh dear! Something funny happened on the way to the printers… Get Quality Control down here, my office now, tea – no biscuits. Two UA engineers who worked on the Div UA series initialed their masters –  NB and EcK – this one is anonymous, merely a UA in the run out. You wonder if the re-mastering work was just parcelled out to everyone? Not usually a good sign. 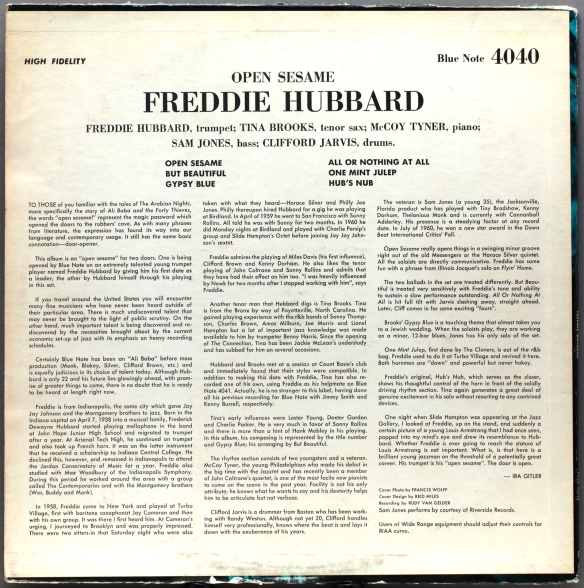 You get a great package with the MM, Apart from the wrong pressing die and the glossy liner notes, what’s not to like? Lets take that as read, so just the mastering and pressing. One’s mono and the other stereo, so that’s going to make it a bit harder. And you are going to pay a lot more for one than the other – two to three times  more than for the UA. Is your listening preference the little guy or the big guy? Or may be can’t decide. Show time. Vote now.

(Yeah yeah I know there are the Japanese and lots of other editions, but that is going to be the subject of the next few  post, so hold your fire, you are in for a little friendly Sumo Wrestling, then some Tag, all in good time)

Unable to win auctions on original Blue Notes? Join the club. What’s a collector to do?

If you can’t be with the one you love, honey, Love the one you’re with

The quest for quality must go on, picking a little more through the alternatives in search of the good stuff. You’ve got a friend. Were all in this together. Just remember, if it comes down to just you and me – hands off buddy,  I saw it first.

A Cheapskates Guide to Collecting the Unaffordable

Recently expanded Label Guide: the Blue Note United Artists Years, to give more coverage of the affordable alternative vinyl possibilities for Blue Note. Work in progress. With original vinyl in top quality increasingly impossible to obtain, some of this could be useful to know.

Controversy Alert! – the chronology of United Artists Blue Note releases alluded to in this post is open to question: see comments below, at length, and in the postscript to the Blue Note United Artists Years labelography