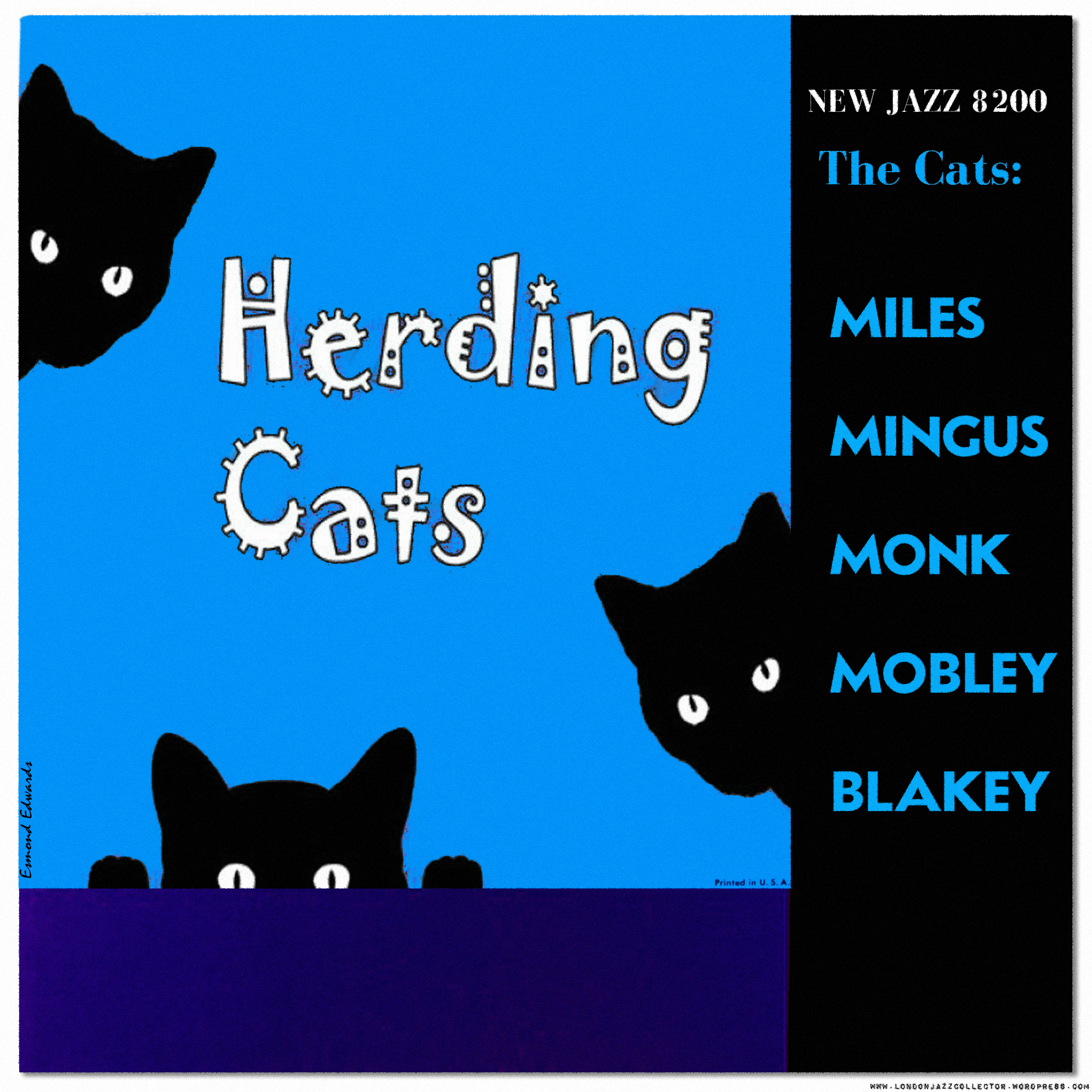 Early in 1957, Prestige label founder Bob Weinstock assembled an all star one-off quintet to launch his new “New Jazz” label. On a brisk, bright Monday morning in April, Miles Davis, Charles Mingus, and Thelonious Monk gathered at the Van Gelder Hackensack studio, joined by  Art Blakey, who had taken time out from his Messengers’ tour, and the late arrival of Hank Mobley. Dressed all in black, Van Gelder worked his magic at the dials, but with so many egos in the room, the session that followed proved an unmitigated disaster.

Mobley arrived late, nursing a sore head after a 52nd street all-nighter. Monk complained the Hackensack piano was in-tune.. After several stalled takes, Davis rewrote the changes in the  Mingus composition Catastrophy to extend his solo. Unable to agree the key changes of the bridge after the initial heads, Mingus grew increasingly irritated, heated words were exchanged, finally punching Davis in the mouth before storming out. Mobley slipped away in search of meds and inexplicably failed to return. Finding  himself alone in the studio, Blakey serenely took an extended solo, with the tapes still running,

Despite the fallout, with careful editing, Van Gelder succeeded in laying down five tracks from the session. After cutting the laquer, Rudy annotated the tape box with the words “Herding Cats!” as the working title, ordering the customary review copies from Abbey for producer and artists approval.

In the event, Weinstock was unable to obtain agreement from any of The Cats on the selections, running order and edits. Reluctantly he set aside the recording in favour of a Mal Waldron/Art Farmer session, Mal 3, to launch his New Jazz label, at NJLP 8201.

Francis Wolff was unable to attend the Herding Cats session but his young assistant Harry Em took his lenses to Hackensack to record The Cats at play, only Hank Mobley was absent. 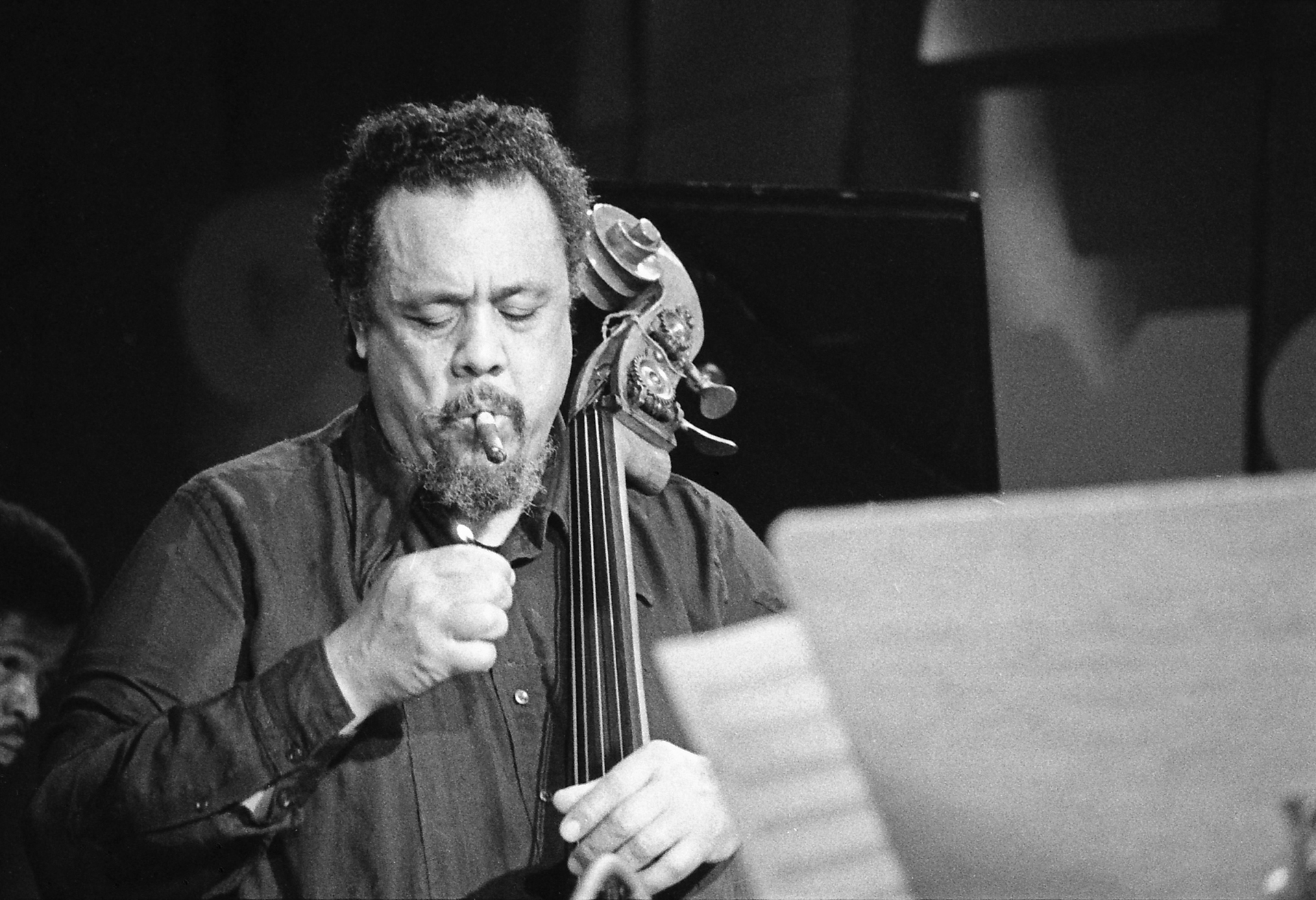 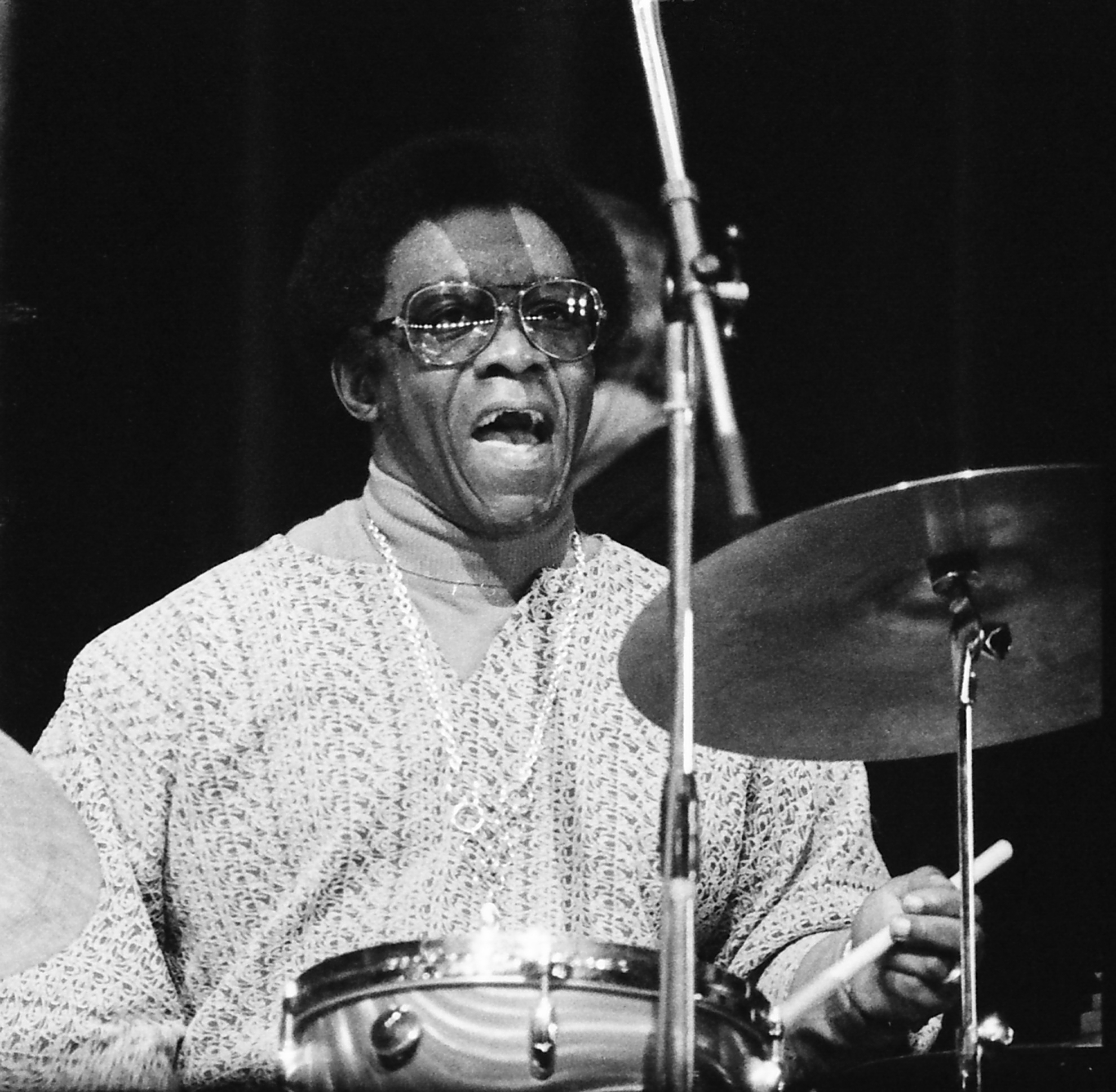 A box of review copies of the unissued Herding Cats title came to light only recently as part of the Weinstock estate, put in the hands of the “charitable” Weinstock Foundation.

To avoid protracted licensing complications with the heritor’s estates, secure generous tax deductions to promote cultural heritage projects, and short of storage space, the Weinstock Foundation (Florida) has decided to dispose of these copies on a charitable basis, and avoid sales tax, Weinstock would have approved. Aware of this blog’s large jazz readership, twelve copies have been allocated to LondonJazzCollector readers, which I am happy to share on a first come first served basis.

A copy of Herding Cats could be yours, simply click “like” at the foot of this post before noon 1st April, to register your chance to win a free copy of this unique record.  Winners will be notified by What’sUp as soon as the allocation has been taken up, so don’t delay, click away. Any unclaimed copies will be posted on a forthcoming Discogs entry, asking price $5,000.

UPDATE, APRIL 1: NOON DEADLINE EXTENDED TO ‘ROUND ABOUT MIDNIGHT!

Great news! Because of the unprecedented interest in this record, The Weinstock Foundation has decided to increase the number of copies allocated to LondonJazzCollector readers, by recalling those allocated to the Steve Hoffman Forum. The noon deadline is extended to midnight, to allow LJC readers in disparate time zones an equal chance of winning. If you haven’t “liked” yet, there is still a chance.

Bad news! Japan Standard Time (JST) being 13 hours ahead of New York, at the eleventh hour, the giant Disc Union approached The Weinstock Foundation directly on behalf of collectors in Japan. They offered to pay the full Discogs asking price of $5,000 per copy, for an exclusive deal to take all copies of Herding Cats. In an emergency Zoom meeting of The Weinstock Foundation, obliged under the rules of the Foundation to consider the question: “What would Bob have done?”,  the Trustees unanimously accepted the Disc Union offer.

The Foundation asks me to convey that they recognise many LJC readers will feel disappointed, but hopes they will understand: it’s what Bob would have done.  Herding Cats will go on sale in Disc Union’s flagship Shibuya Shinjuku store early next month.