Is it a bird? Is it a plane? No, it is an Evil Silver Disc 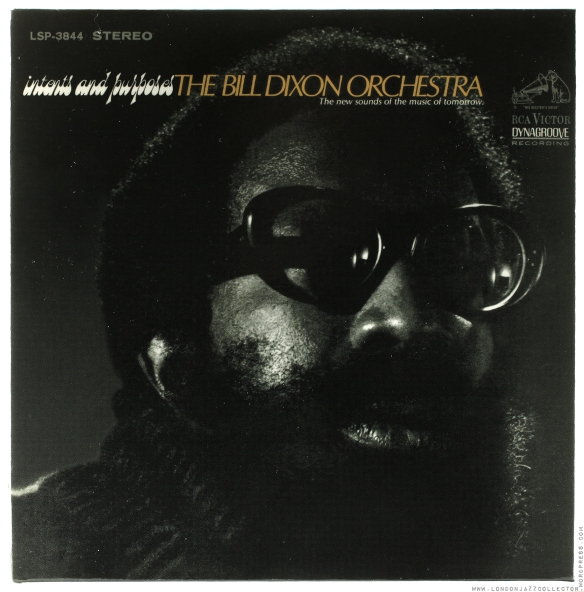 The reissue producers set out their stall thus:

“If ever a jazz LP literally qualified as “legendary,” Intents is it: Deleted practically in transit, it was briefly reissued only once (in France, in the 1970s). It’s at long last been reissued on CD in a fetish-worthy International Phonograph limited edition with original graphics, liner notes, and period Nipper logo, and I envy anyone first hearing it now, because it’s as bold and surprising as anything newly released this year.

The mercurial, essentially romantic temperament revealed throughout Intents and Purposes begs comparison with Charles Mingus: Robin Kenyatta’s deliriously sour dance-band-alto lead earlier on “Metamorphosis” calls to mind Mingus instructing Charlie Mariano to “play tears” on The Black Saint and the Sinner Lady, and the precipitous climate both here and on “Voices,” the album’s other extended work (for quintet), recalls Mingus the Third Stream miserablist of “Half Mast Inhibition.” But unlike Mingus’s romantic sensibility, ’67 Dixon’s expressed itself in abstraction; the emotional payoff is as great, but it requires a greater investment, because even as the dynamics swell and the tempo quickens, the underlying passions never quite bubble to the surface.

(Reprinted from the VillageVoice 13 July 2011 by Francis Davis)

All about jazz offer the following review of the reissue CD:

Intents And Purposes has long been revered as Bill Dixon’s singular masterpiece. Out of print for years, the late trumpet innovator’s magnum opus has been lovingly remastered and reissued on CD, by International Phonograph Inc., in a deluxe mini-LP styled package that replicates the original 1967 issue, providing an important opportunity to reevaluate this seminal work.

Since his decisive involvement in 1964’s October Revolution in Jazz and lengthy tenure at Bennington College in Vermont (1968-1995), Dixon has been renowned for his skills as an organizer and an educator rather than his pioneering advancements as an instrumentalist and composer. As a former student of painting as well as music, Dixon’s conceptual organization of sound relies heavily on color, shade and texture, with a keen sensitivity to dynamics—aspects that quickly placed him at the creative forefront of the 1960s New Thing.

Of Voices:
“Voices” pushes the aesthetic envelope even further, forming a startling alliance between austere classicism and the primal immediacy of ritualized rhythm. Performed by a string-heavy quintet, the lengthy piece features Dixon’s melancholy horn refrains and Lancaster’s otherworldly bass clarinet drifting over haunting string glissandi that eventually trade the sinuous sustain of legato melodies for the polyrhythmic power of tribal drumming.

LJC says: Hot on the heels of Dixon’s 1964  October Revolution in Jazz, my own take is that this is advanced for “jazz” in the early to mid ’60s, perhaps more in keeping with “contemporary classical” music of following decades, (and possibly many decades before, if I knew enough about it).It makes for quite satisfying extended listening when you are in the mood for more demanding than just “meat and potatoes” .
The tonal  light and shade, with its structured dissonances, lush sonorities  and brooding soundscape punctuated with bleak out-cries and wails will certainly alarm  passers-by on my street, more accustomed to Reggae or Rihanna floating from passing windows.  Also, it is a far cry from Red Bull high energy free jazz, my bête noire, which I for one am thankful.
A change of gear, and a welcome one, my thanks to all the LJC readers who pointed it out to me. I wouldn’t mind auditioning the CD against the original vinyl, though I rather suspect late ’60s RCA Victor may not be sonically outstanding.
CD: International Phonograph (2010) reissue – Sony rights – stereo
The package is certainly enticing for a CD. Perhaps one day they will package them in a 12×12″ laminated thick card jacket 😉

Impossible to read at CD-size, so reproduced as liner notes loose insert (previous experience of origami helpful). A quarter-fold down, which should be readable here (click to view full size) 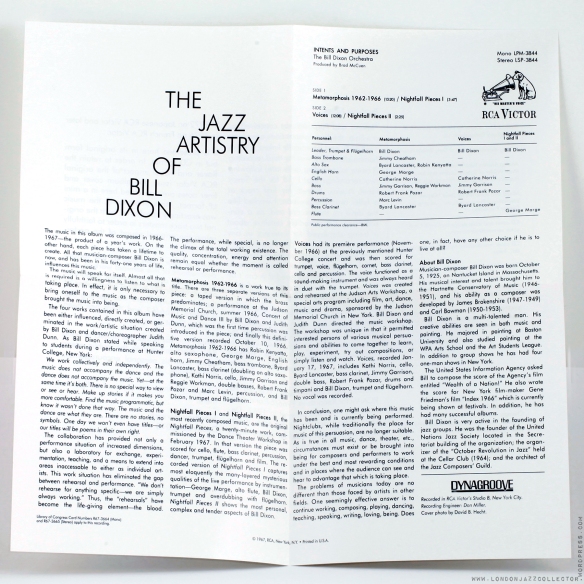 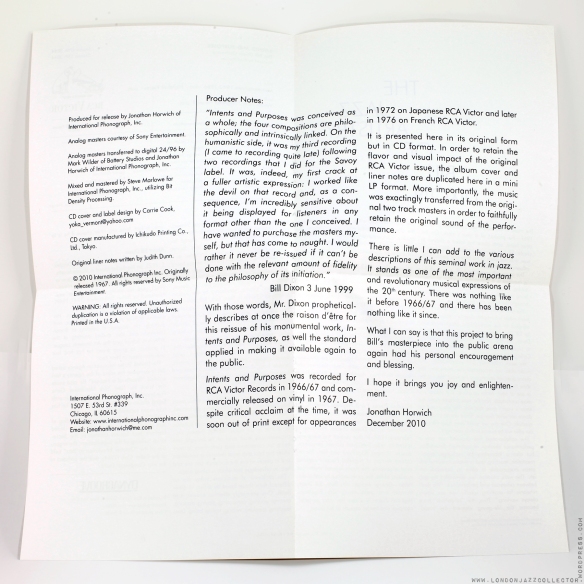 And finally, the full artists credits. I admit bassist Jimmy Garrison was the only name that registered with me.

Well, they said it was very rare – on vinyl (US Japan and France) , so I decided there was no point in waiting a lifetime for a copy to turn up. The CD itself was rare, at a reasonable price – this copy flew all the way from Switzerland. Some times, evil is the only way.

Followers of the evil silver disc planned to celebrate their triumph over the Chief Advocate of Original Vinyl,  LJC, with high dynamic range group chanting and the ritual sacrifice of a virgin (put on hold – possibly indefinitely – as these are now even harder to find than original vinyl).  They decided instead to send out for a curry and have a retro Hammer Films night-in.

Followers of the evil silver disk celebrate their triumph over Londonjazzcollector

The Evil Silver Disc triumphs only briefly. Vinyl will be restored to its rightful superior position next post.