The Dusko Goykovich sessions are not present on the 2005 CD’s, and  came to light only in the preparation of this vinyl release. Many of the ORF jazz broadcast sessions have never been released at all. In addition to the Wallen Bink series, there were sessions recorded with guests including Phil Woods, John Surman, Benny Bailey, Norwegian jazz singer Karen Krog and possibly many others, a rich seam of musical gold. Do I hear Volume IV on the horizon? 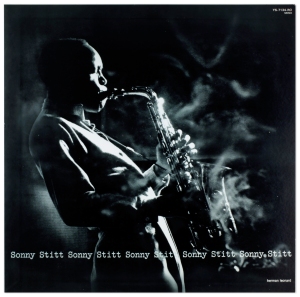 The Henderson selections are all from his familiar 1963-7 Blue Note and Milestone playbook, which gave the Austrian sextet ample material from which to prepare their arrangements. I’m particularly fond of the spirited latin swinger “Recorda Me”, which first featured on Henderson’s 1963 Blue Note album, Page One, Kenny Dorham on trumpet. There is a clarity of thought in the arrangements that sounds particularly good with an extended brass section. Strayhorn’s standard Chelsea Bridge, from The Kicker, gives the mighty Flanagan Trio Overseas session in Sweden a run for its money.

Yugoslavian-born international jazz trumpeter, composer and arranger, Goykovich first met Erich Kleinschuster after moving to Frankfurt in 1958, and they performed together throughout the ’60s.

A musical chameleon, Goykovich played in varied jazz settings, on Yugoslav radio broadcasts Radio-Televisja Beograd, becoming an early fixture of the Clarke Boland Big Band , recording with many artists in Yurope and the US with his blend of contemporary American sensibility and Balkan folk legacy. The pacy selection Madison Walk from the ORF session fits nicely into mid ’60s Art Blakey, Miles Davis and Oliver Nelson mould.

I don’t know the originals in this set, coming from a range of obscure albums, including one from Swinging Macedonia – an ultra-rare EMI Odeon Lansdowne title, that fetches close $1,000. This is a welcome excursion into the unknown, which adds interest to the familiar Henderson playbook.

The quality of this set is extraordinary, up with the best of AAA modern reissues, pressed at the legendary factory EMI Hayes, Middlesex. Middlesex, the first non-binary British county, who’d’a thunk it?” “The Vinyl Factory stepped in to take over the EMI pressing plant at the turn of the century”  I assume not the whole original plant. 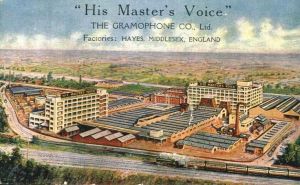 There are still a few quality control aspects that The Vinyl Factory need to address – dusty grooves, and isolated groove detritus (I should add, none on these 4 sides)

Some of these ORF recordings were remastered for CD in 2005 by EmArcy (Austria), perhaps with limited sales, copies seem scarce.

The English sense of humour thrives on irony, misdirection and play-on-words, and all countries have jokes that poke fun at stereotypes of their neighbors. Paddys, Newfies, Poms, and oh those Scandinavians are waspish (“How do you sink a Swedish submarine? Give it a Norwegian crew” What happens when the dumbest Norwegian moves to Sweden? The average IQ of both countries increases.).

I struggled to find Austrian humour but enjoyed this 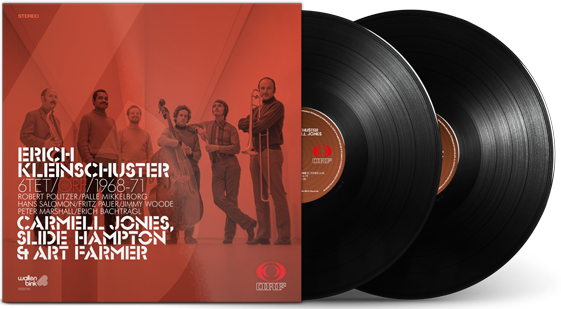 Have I outsmarted Cecil Taylor, The Spelling Terminator, this week?
LJC is a politics-free zone, but historical events sometimes require exceptions

Current events, breaking news. LJC: personally a big fan of the Queen (and the departed Prince Philip), “The Monarchy” not so much, nor some of the Royal Family, a motley crew including Epstein buddy Prince Andrew and the Duke and Dutchess of Netflix.  Sorry to lose the good lady, a class act, hard to follow, probably Mission Impossible. God Save The King.      And us.
Update, unfolding: – United in grief, Reconciliation, Redemption, Rehabilitation, A New Dawn,  adoring  media reinvent  Monarchy II. We are his loyal subjects, Long Live The King!
Is this Game of Thrones or what?
Advertisement